So 24 hours has gone past for me to calm down. Off I went to my OB appointment at Nambour Hospital yesterday, armed with 2 pages of questions and 'not negotiables' for him. This was actually the FIRST time I have had a chance to speak to an OB about my care for the rest of pregnancy, labour and birth and all that surrounds triplet babies.

Luckily I only had to wait 10 minutes (what a record!) and then was called by a female registrar (from what I understand, someone who is in training to be an OB - correct me if I'm wrong) - yes a female. Hmmmmm, unless Ted Weaver has had a sex change lately, obviously I wasn't seeing him. Straight away I was pissed off. I mean really pissed off. The first thing I said to her was 'I was supposed to be seeing Ted today'. So she goes on explaining that he was on 2 weeks leave ect ect ect and that she could answer my questions. I had to do a lot of deep breathing to calm down! Now I know that this is how a hospital works. I understand that, but because Ted told me I would be seeing him, and that he had agreed to allow me to birth naturally, you'd think that they would schedule my appointments to be WITH him. Anyway, things started off a little frosty, I'd say I hurt her feelings a bit by asking for Ted straight away. She was fairly frosty back to me, answered most of my questions, and the ones that we thought we may have problems with, what do you know - yup - we had problems! But of course, these weren't Ted's answers. So of course my big question was will he be there for the birth? She gave me the usual crap about how they have an OB on call and registrars always there so it just depended.......but then went on to say that obviously this is a different situation and that they would arrange it so Ted was there. Ummmmmmm, sorry, but how do you 'arrange' it?? I said - you mean induce me? Yes of course she replied. I said - Well, I'm not going to be induced. It is something I am not going to compromise on (cue shocked look from her).

Basically they want to induce me, lie me on a bed on my back, hook me up to machines for the entire time, and put my feet in stirrups to get the breech babies out. Oh, did I mention the epidural? Yup, apparently it is better if I have an epidural. I said - look, what is the point in me not being able to feel contractions - you may as well section me straight away. Oh she went on - well in case anything goes wrong, or they have to internally turn the babies blah blah blah blah.......... I said, well, couldn't I have the line in but with no drugs? oh - what a surprise, she hadn't thought of that. Ever heard of thinking outside the bloody square you idiot!!!!

So you can see that these are obviously her answers, not Ted's, and I suppose I have more of an idea of what I'm up against, so that when (if) I see Ted in 3 weeks  I will know how to go about things. The funniest part of the conversation - when I asked her how many triplet births she had attended. None. I so had to check myself in saying that I probably knew more about them than her! And she told me I wouldn't make it beyond 32 weeks, I told her I was in touch with hundreds of triplet mums world wide and LOTS of them had gone far beyond 34 weeks. Love - I'm going to make it past 32 weeks, just to prove you wrong.

Pictures of the week below 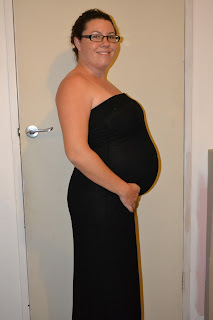 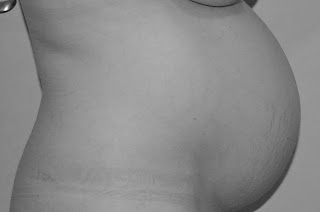 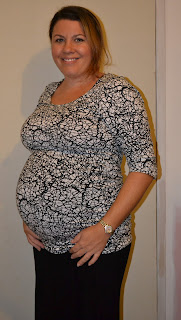