Wow. This whole first birthday thing is coming at me faster than a speeding train! I am so excited! I think I'm prepared and organsied for it, we'll see by Thursday this week, I may not be so calm by then....

I've been prepping food for weeks and freezing it (slight hiccup with a freezer that died but crisis averted thankfully), the cakes are baked and ready for icing later in the week, the face painter is booked, the yard will look nice, balloons are ready, tables and chairs are organised (thanks Anita!), kids have been farmed out for the night before (thanks Taryn!), and their clothes are almost finished (thanks again Anita!). 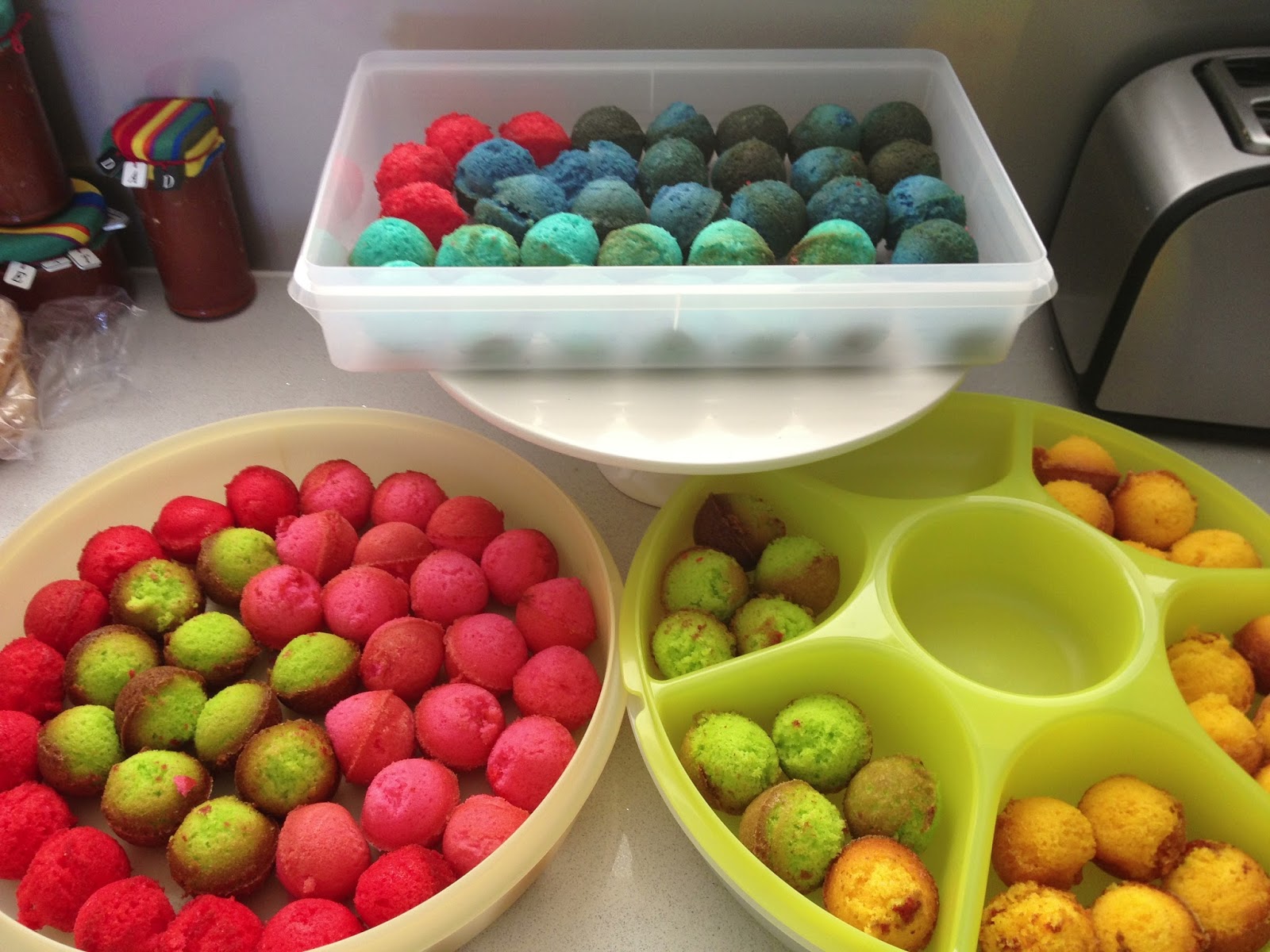 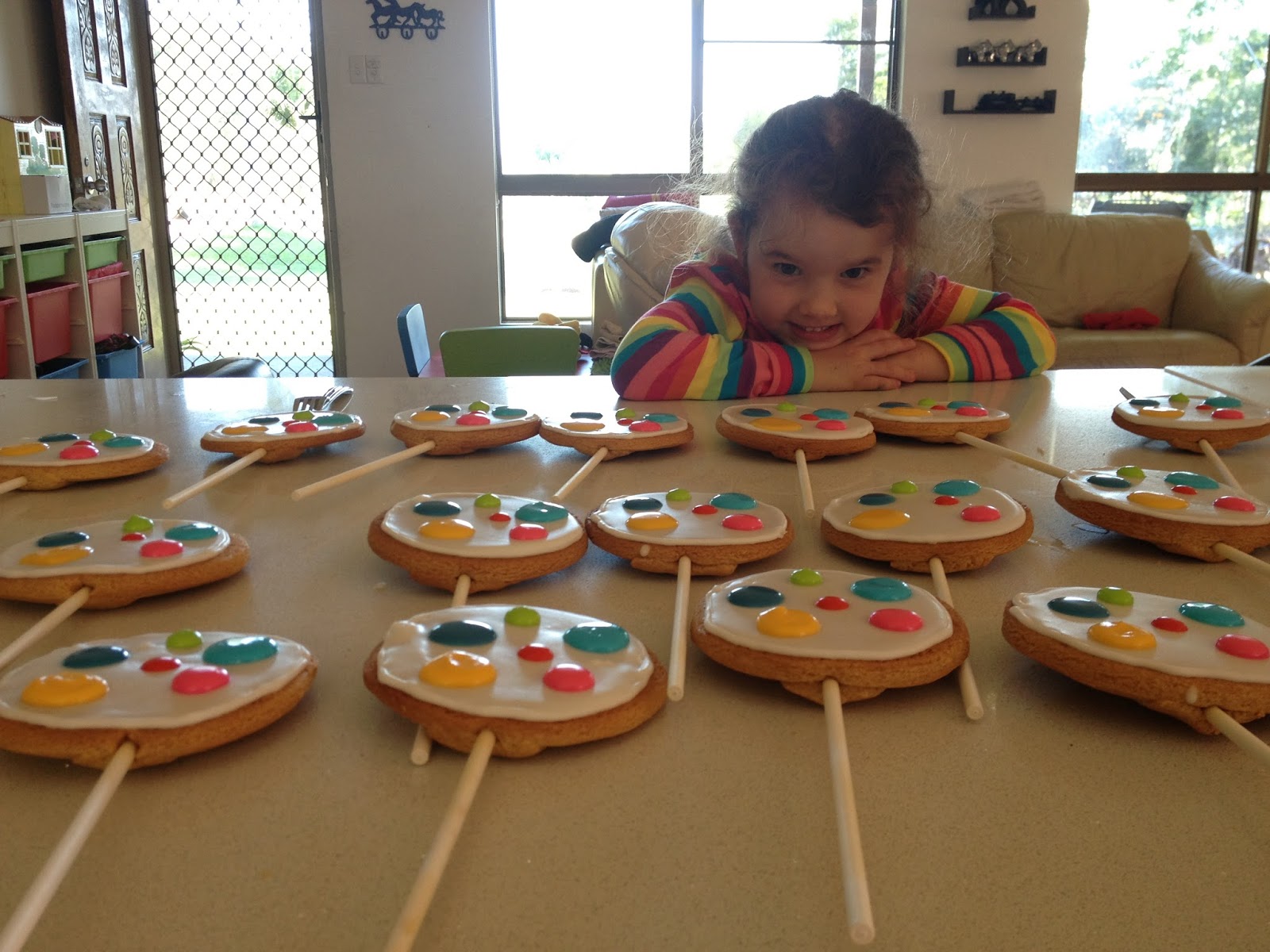 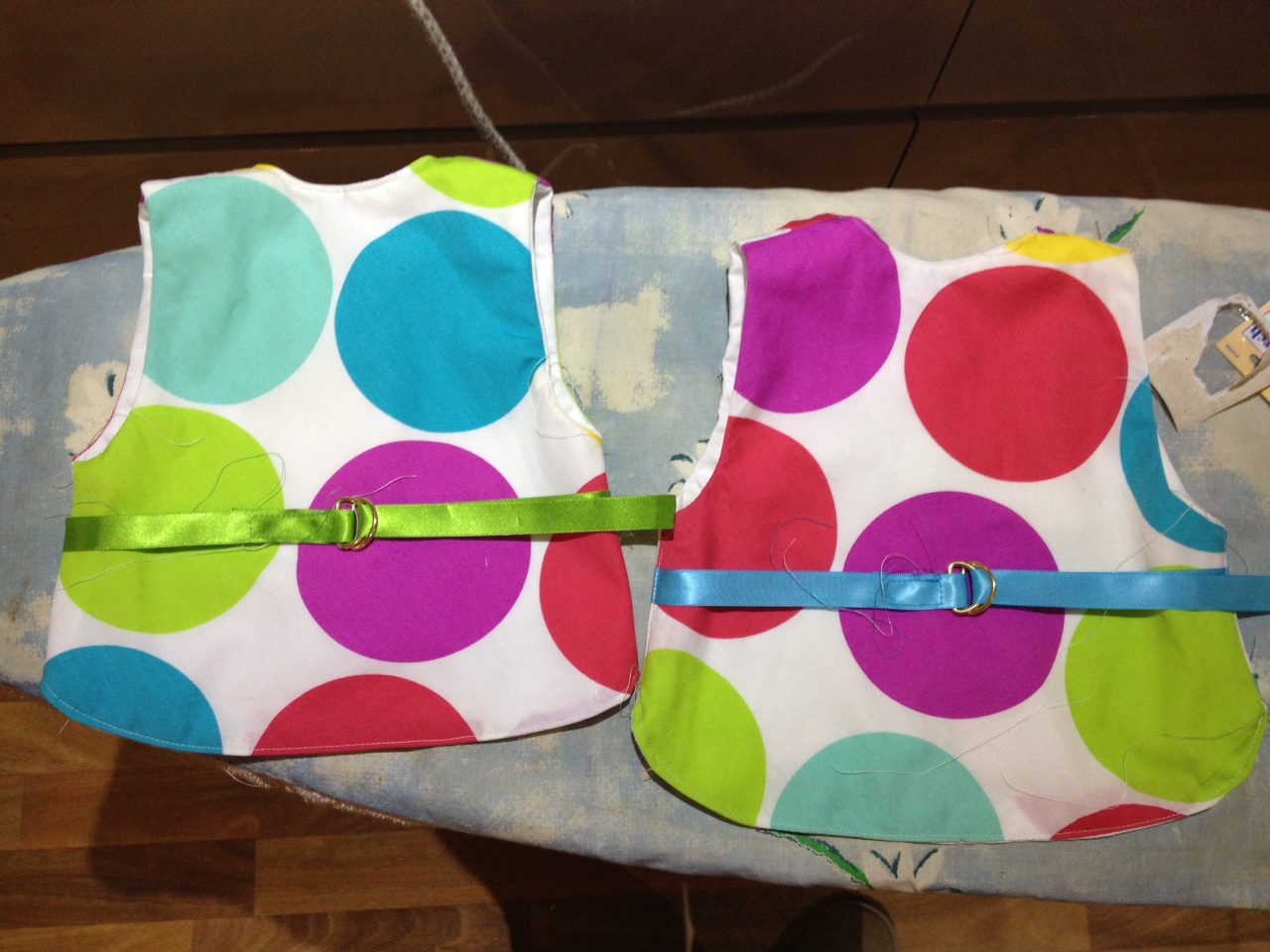 A sneak peak at the boys vests - made by my fabulous nanny Anita out of the same material  Ailah's dress is made out of!

There is a lot more to do. Dan will fly home on Friday night before the party (which is a good thing!), and if he gets too stressed on Saturday morning I'll remind him how important it is to have the front paddock slashed prior to the party! That will get rid of him for a bit hehehehehe!

We have A LOT of people coming. Actually, due to the fact we will have 5 sets of triplets and about the same amount of twins, the child:adult ratio is about the same. The big kids will be kept busy with sack races, egg and spoon races, running races, face painting and jumping castle. This will hopefully leave the adults in semi-peace. Because everyone knows that a first birthday is really all about the parents hey? The little kids have a very large play pen to play in hehehehehe! Don't worry, we'll throw them some food every now and then! 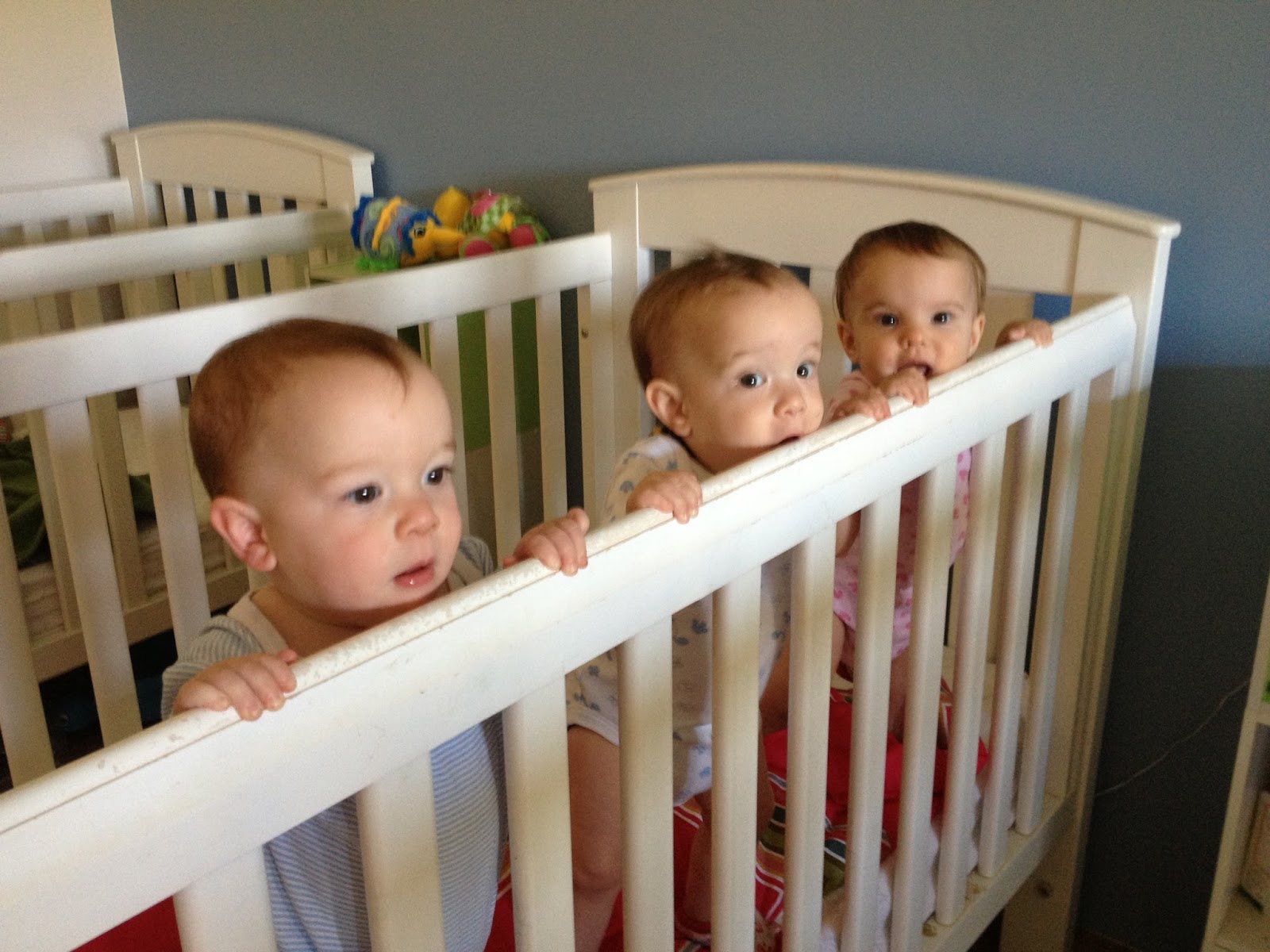 I can't believe the changes in my munchkins just this last week. Ailah can say na-na (banana) and meow (for a cat). Dylan is speeding along on his walker - I had to get 3 as they fought horribly (thanks Mandy!) but gets very cranky before he hits something as he hasn't figured out how to turn yet! Isaac is babbling so much now, he looks at the big kids and has a conversation with them - much to their delight! And they are all beginning to get the confidence to let go and stand by themselves. 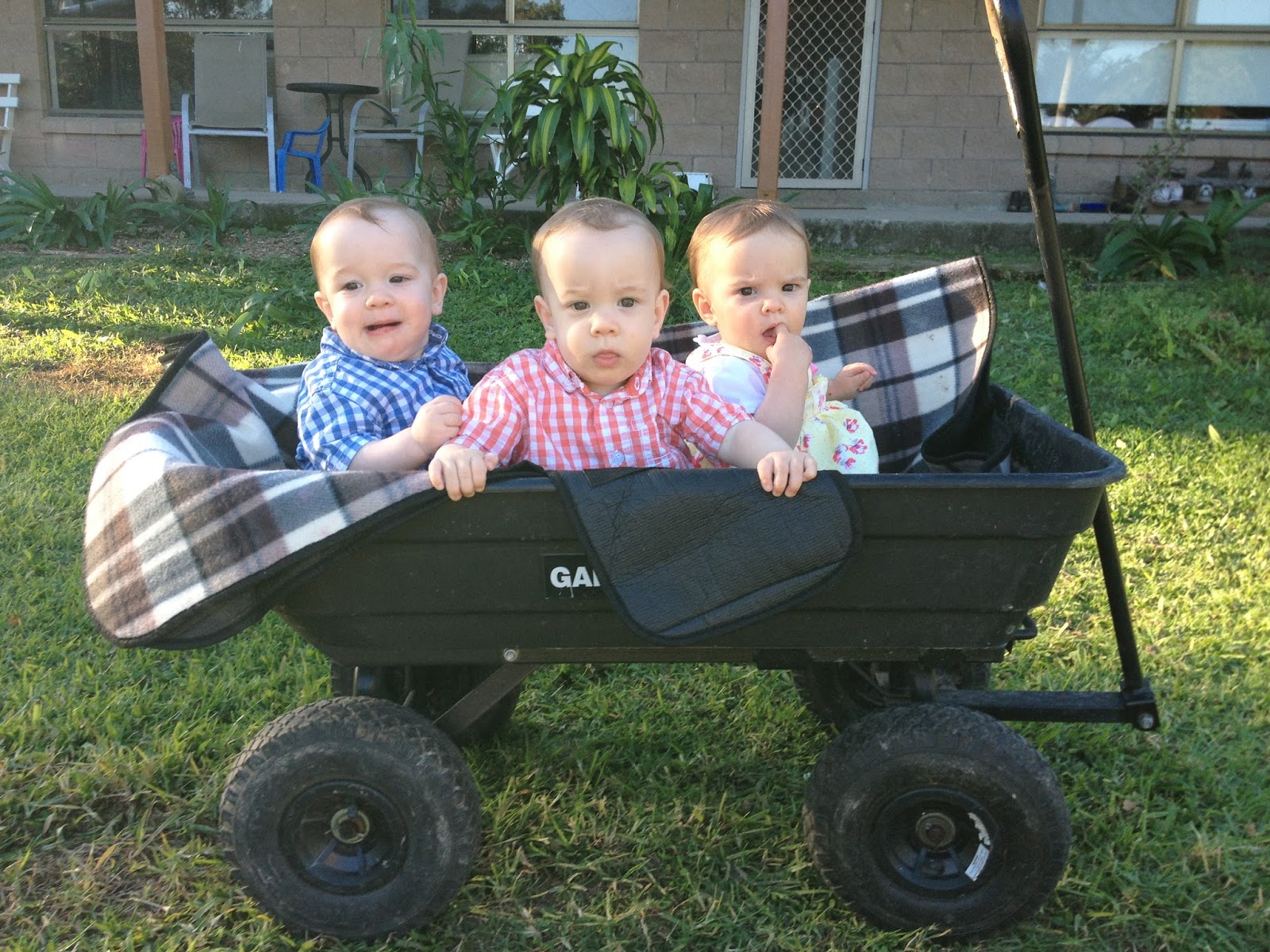 We've had a bit of sleep regression lately, Ailah seems to only sleep for 40 minutes to an hour twice a day but she handles this ok, the boys on the other hand are horrible with the small amount of sleeping time. But it's just a phase. That's what I keep telling myself anyway! 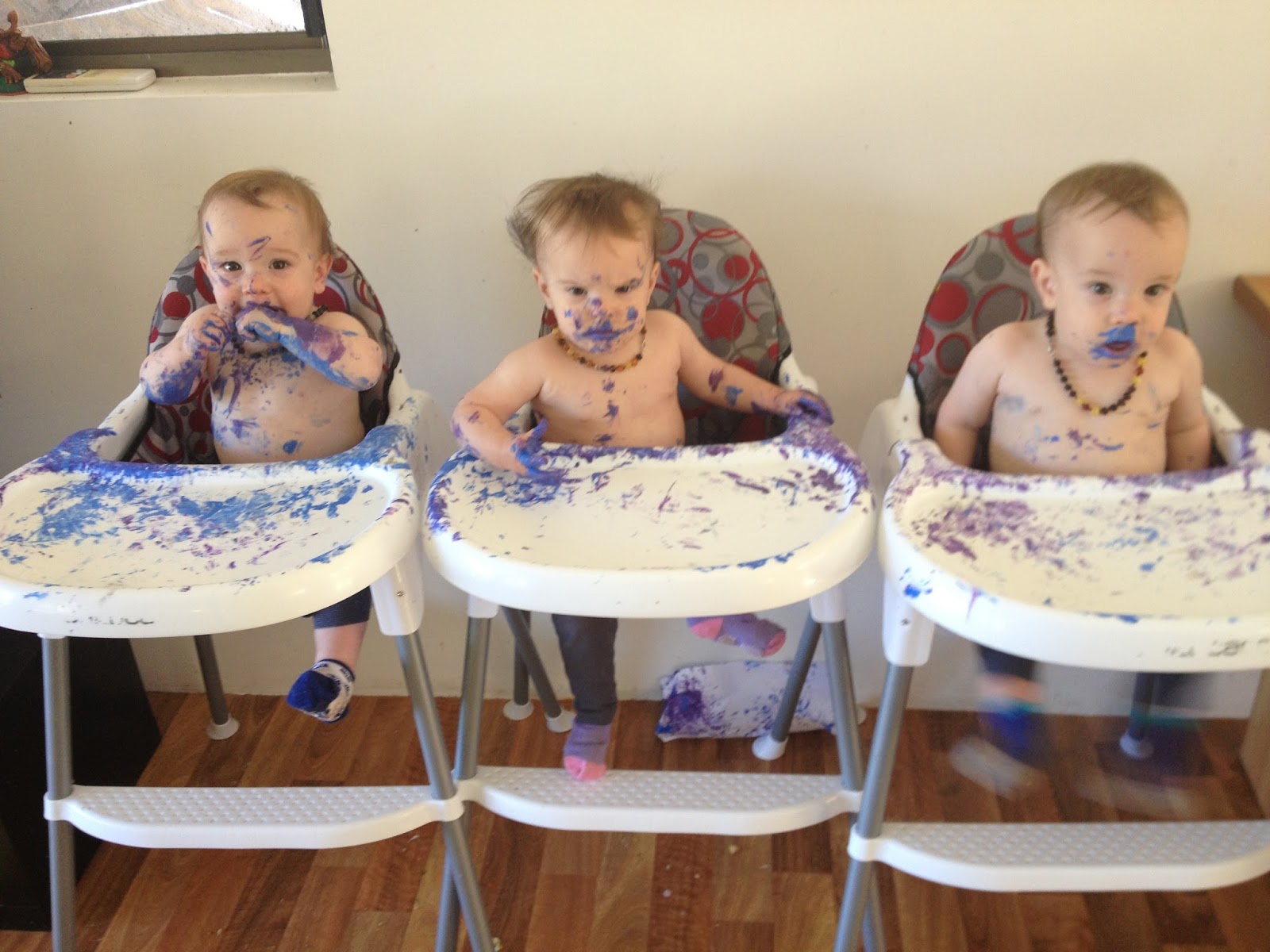