Time is flying by and they are growing, growing, growing. They have all taken 1-2 steps each when encouraged and are so close - I honestly can't wait for them to walk. Some may find that strange but life will be so much easier! (Insert laughter from other mums of older triplets here).
We went off to the Gold Coast to visit Dan's family again, which included a trip to Dreamworld and visits to other triplet mums down there. Of course the day we went to Dreamworld ended up being the hottest day since last summer........ 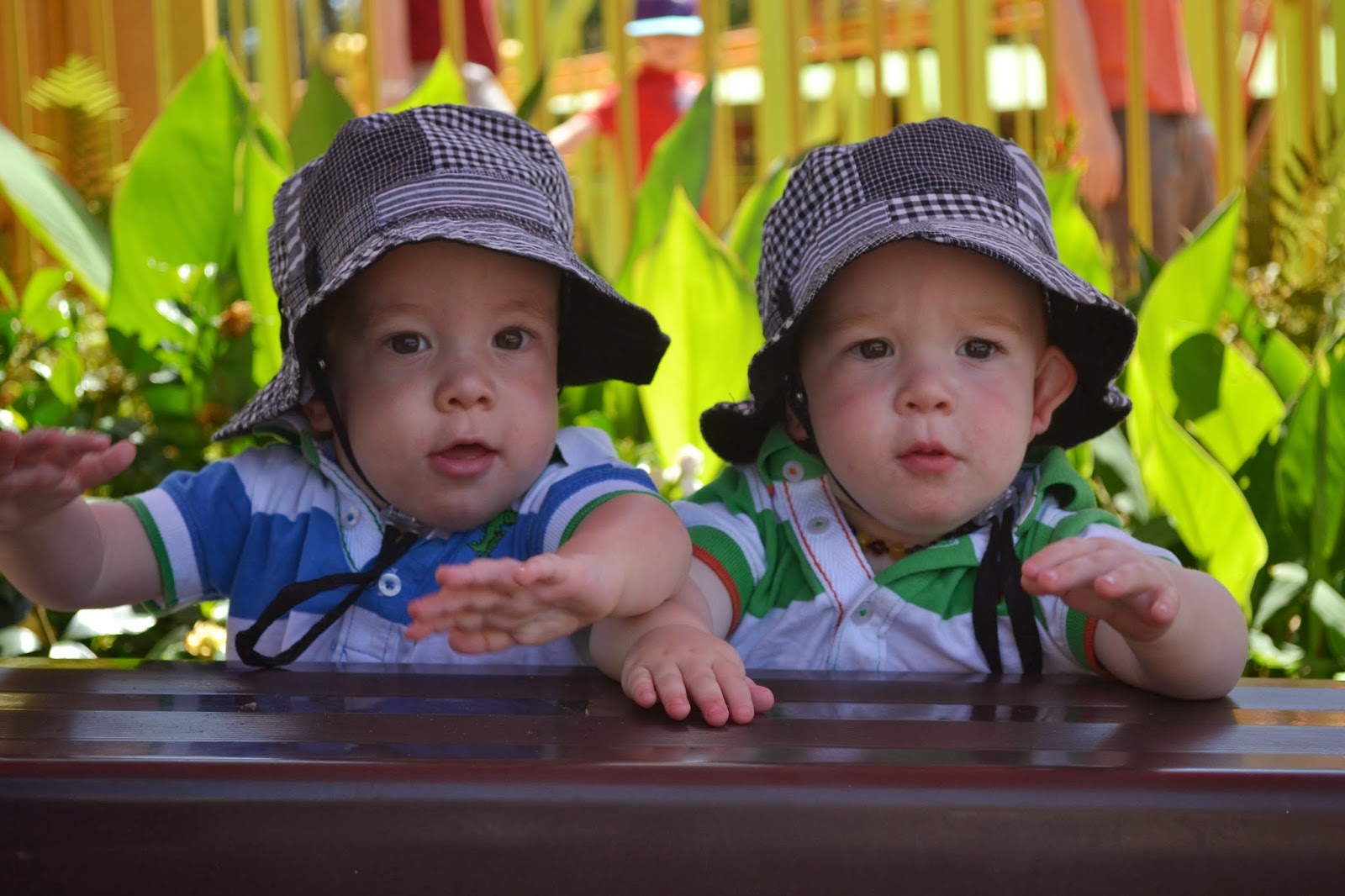 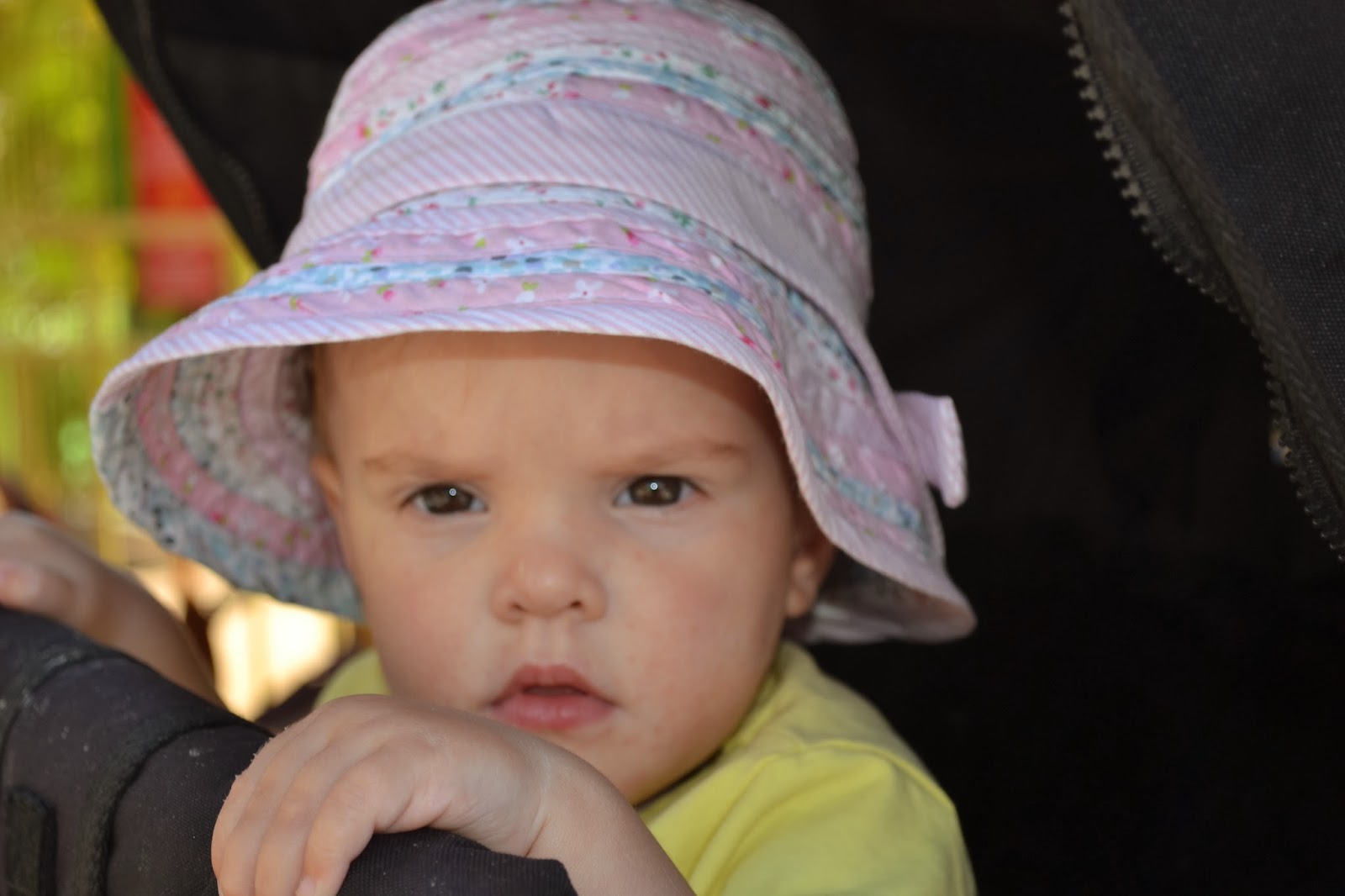 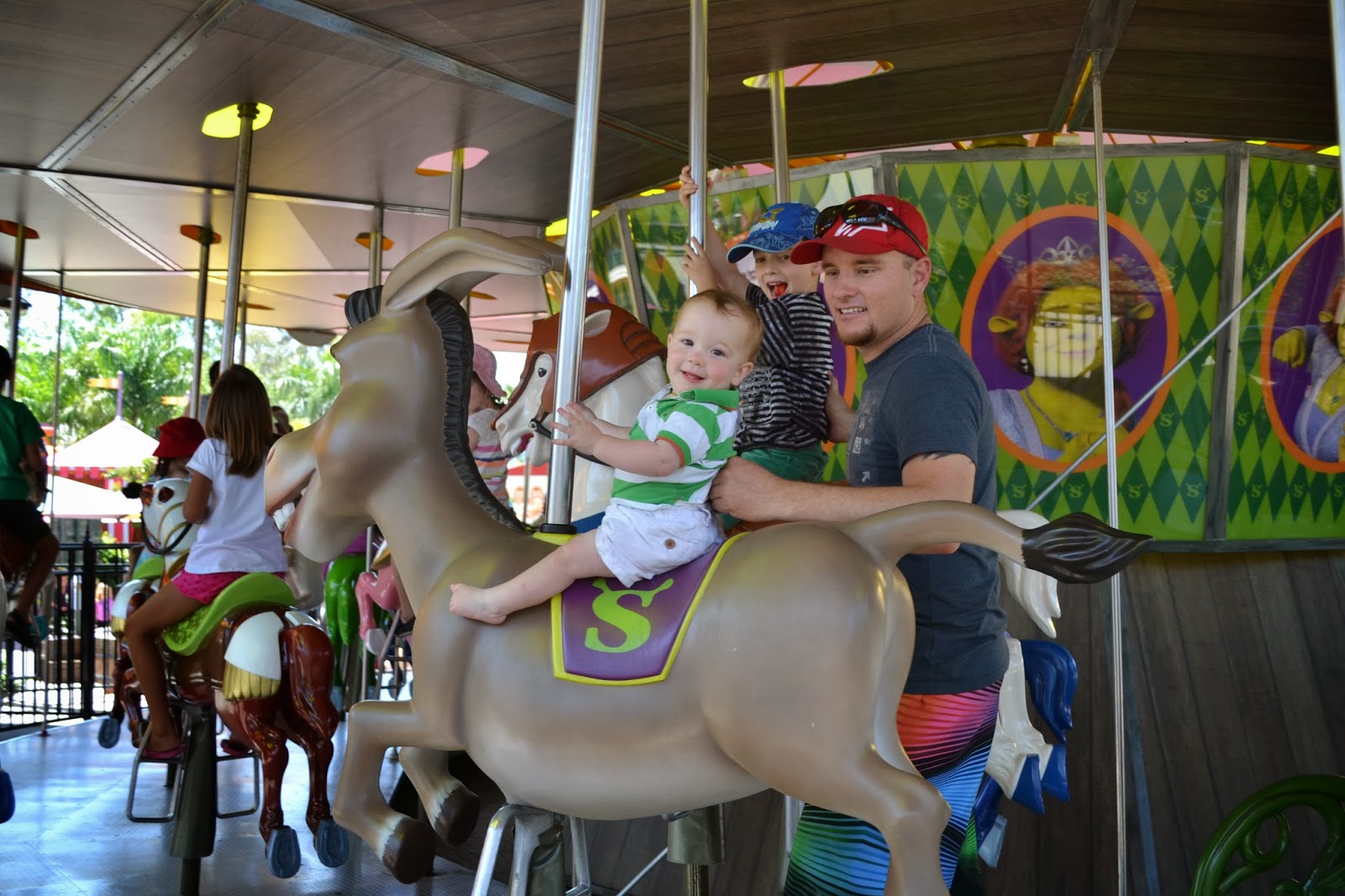 Isaac on the carousel - Dylan had fallen asleep by this stage 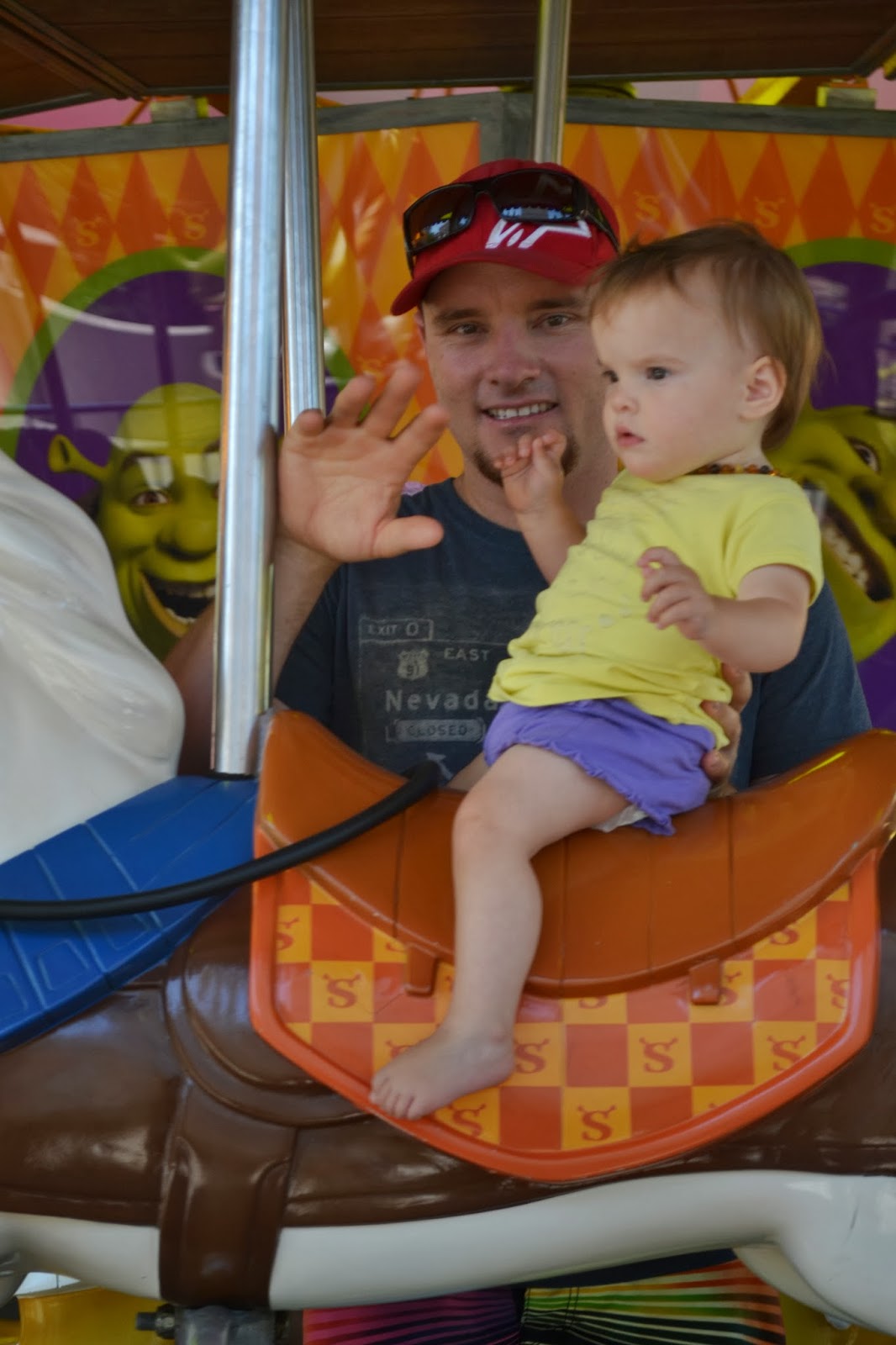 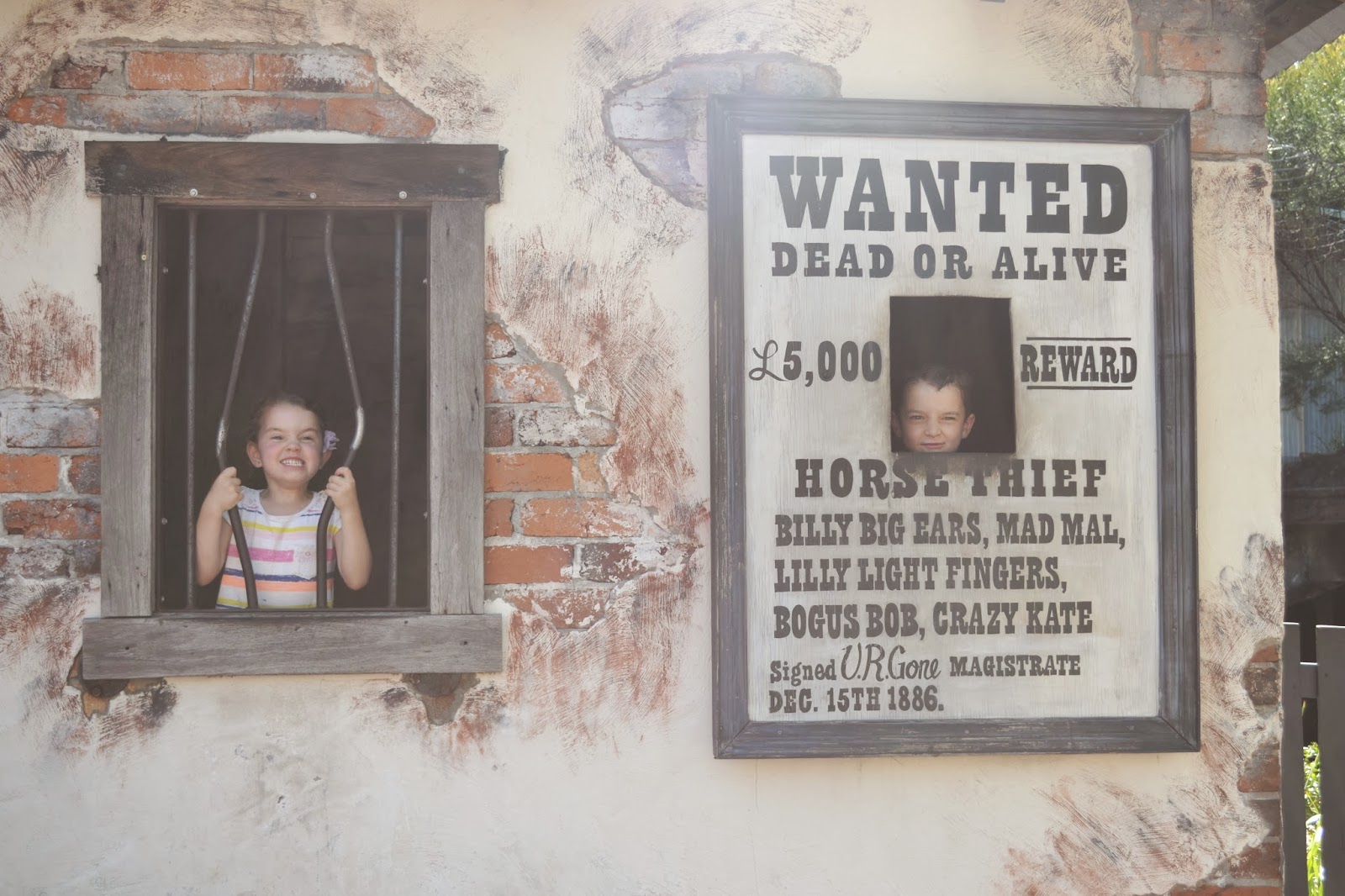 So we came back to where we were staying and jumped in the pool. The trio had their first float in their rings and loved it - although a little apprehensive at first. 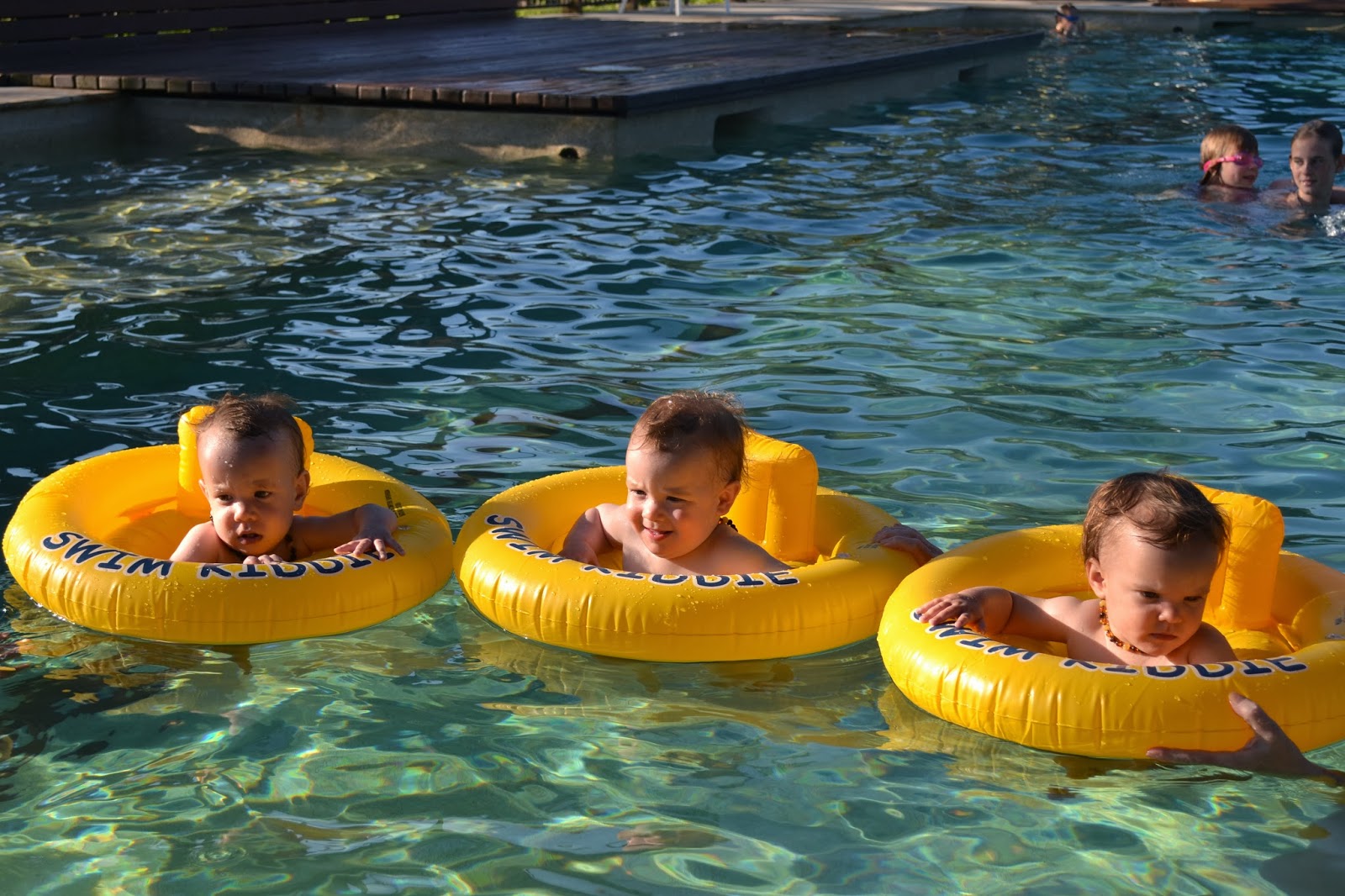 It was so relaxing until Amali decided that attempting to drown herself would liven up the party. Never again will they be allowed to play in the rings. I know it looks like I just sat there and took photos but the camera was on rapid fire to get the shots and it was only 2.5 seconds. I was sitting back from the pool edge and was about to throw the camera when I realised what had happened until I saw Uncle Matt run across and jump in the pool.

Needless to say she was shaken but perfectly fine. 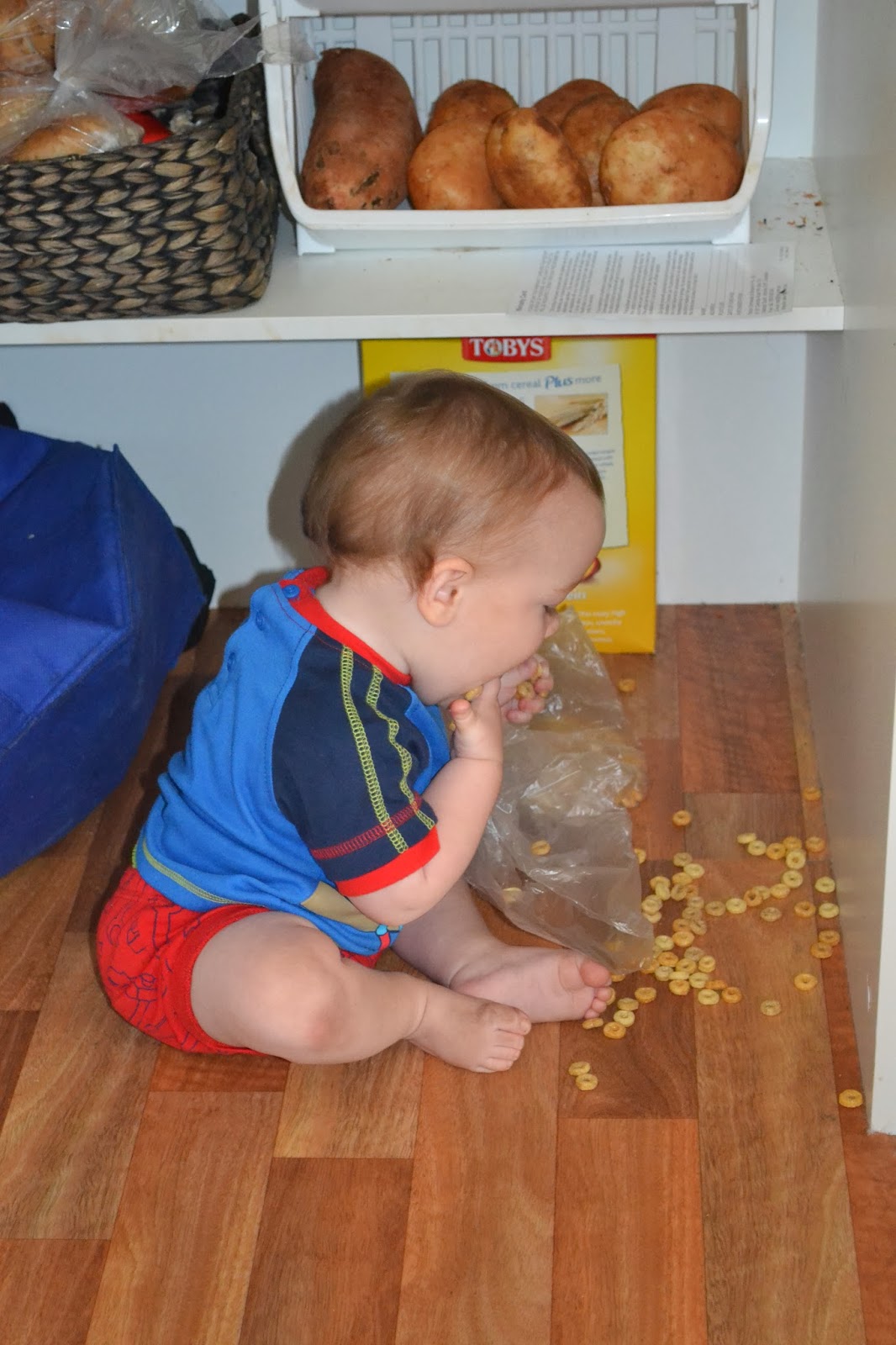 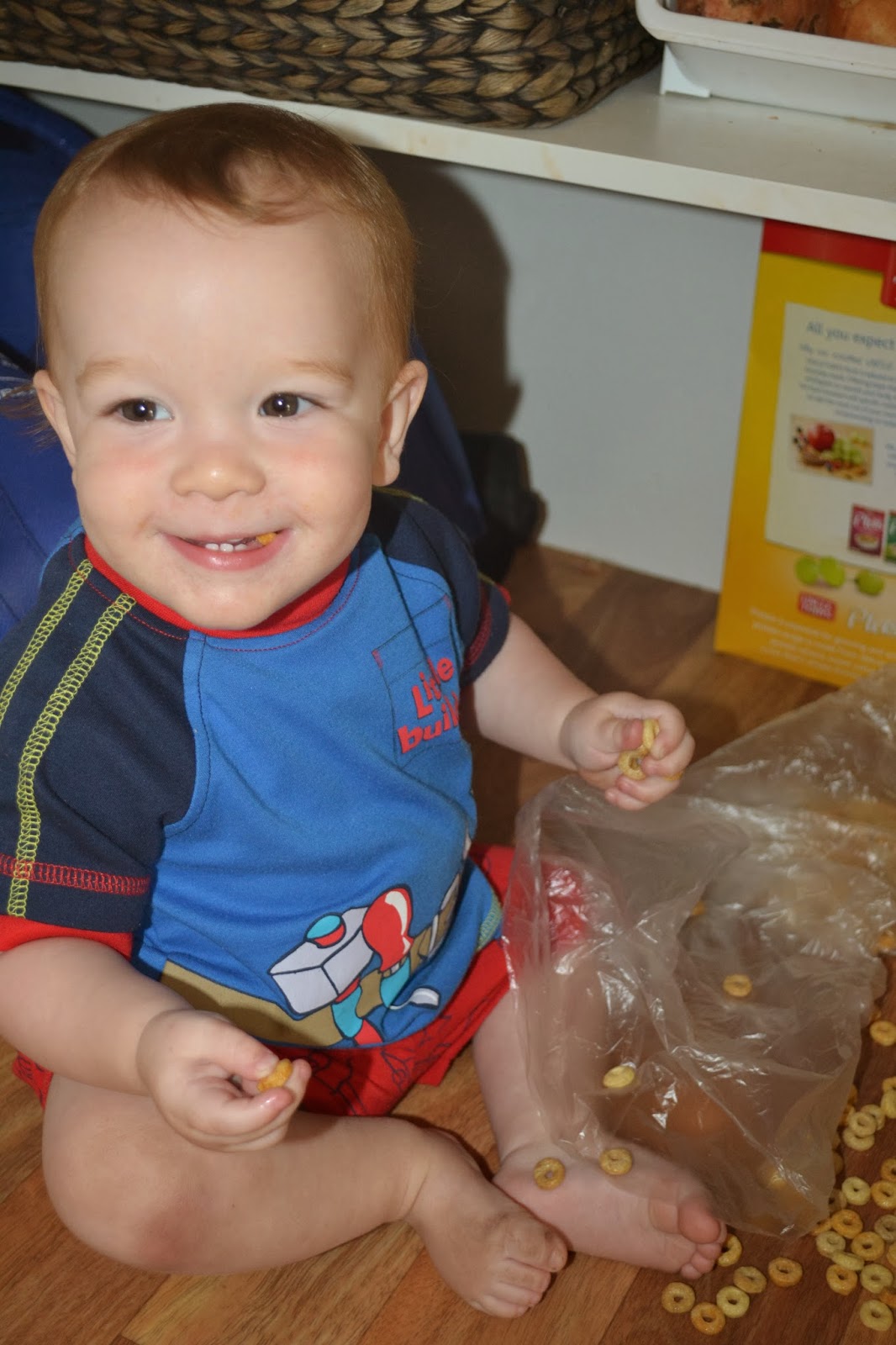 With the weather heating up there has been quite a bit of nudity.....which in turn comes with splashing in each others wee and the gross inevitable - sampling each others poo when mummy wasn't quick enough. Ooops. 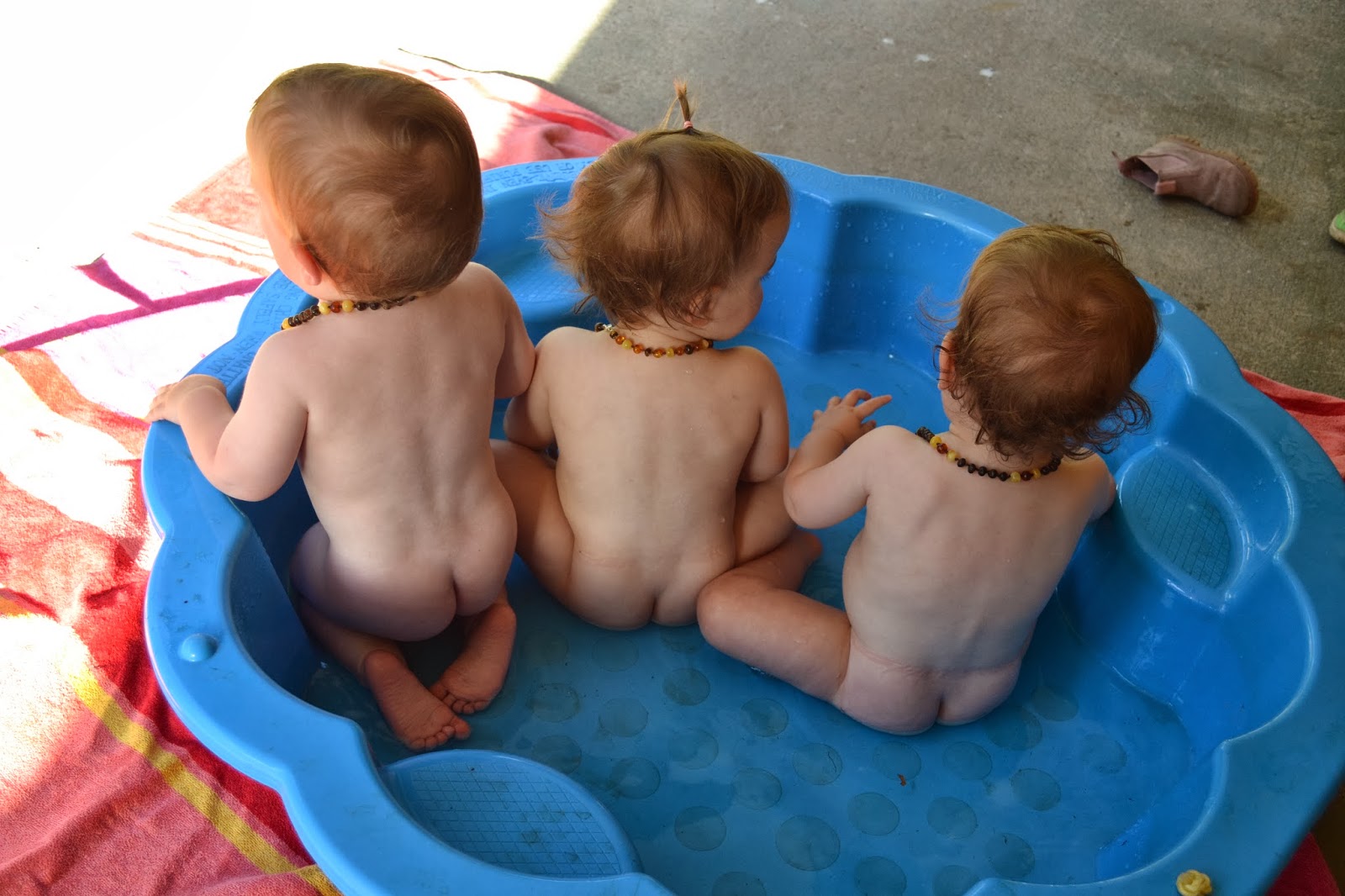 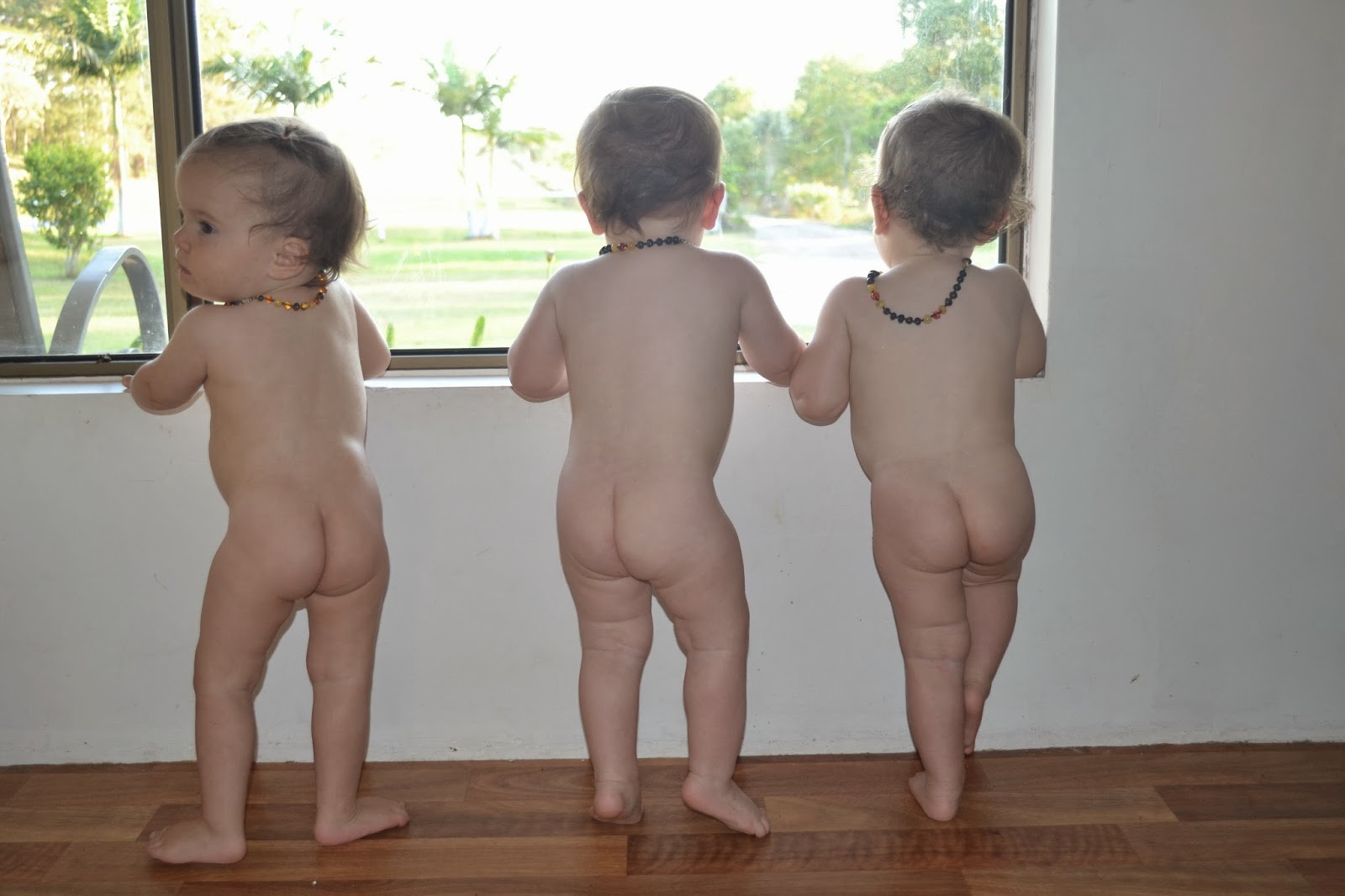 With the warmer weather brings 'outside dinners' which the big kids love (and I'm sure the babies do too). It is also a great way to introduce eating from bowls and plates to the trio as the mess gets left on the grass for the dogs to clean up - bonus! 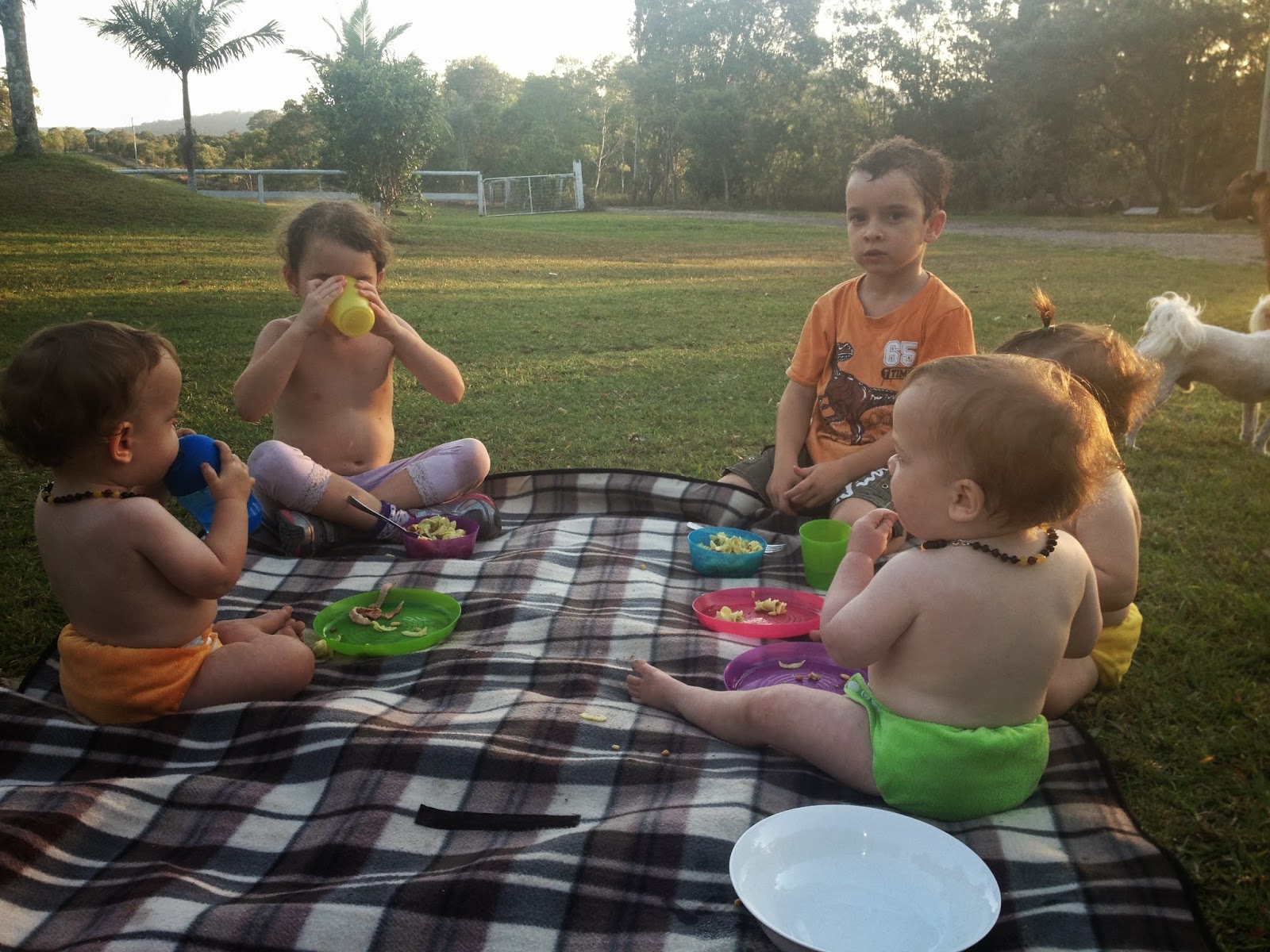 There has also been a lot of climbing. This girl is crazy and tries to climb everything! We have since changed the set up of the TV cabinet! 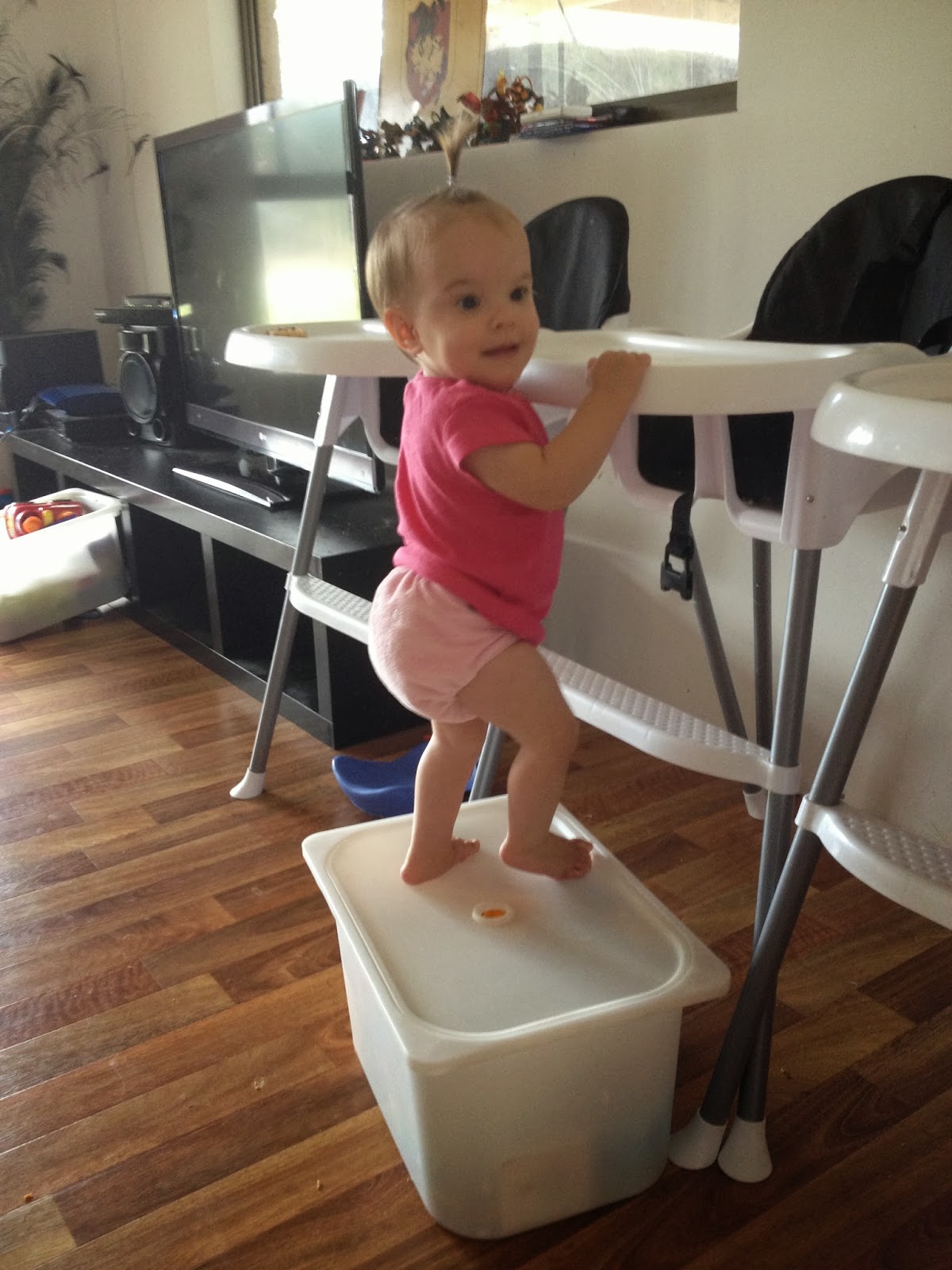 The boys love climbing too but not as much as Ailah 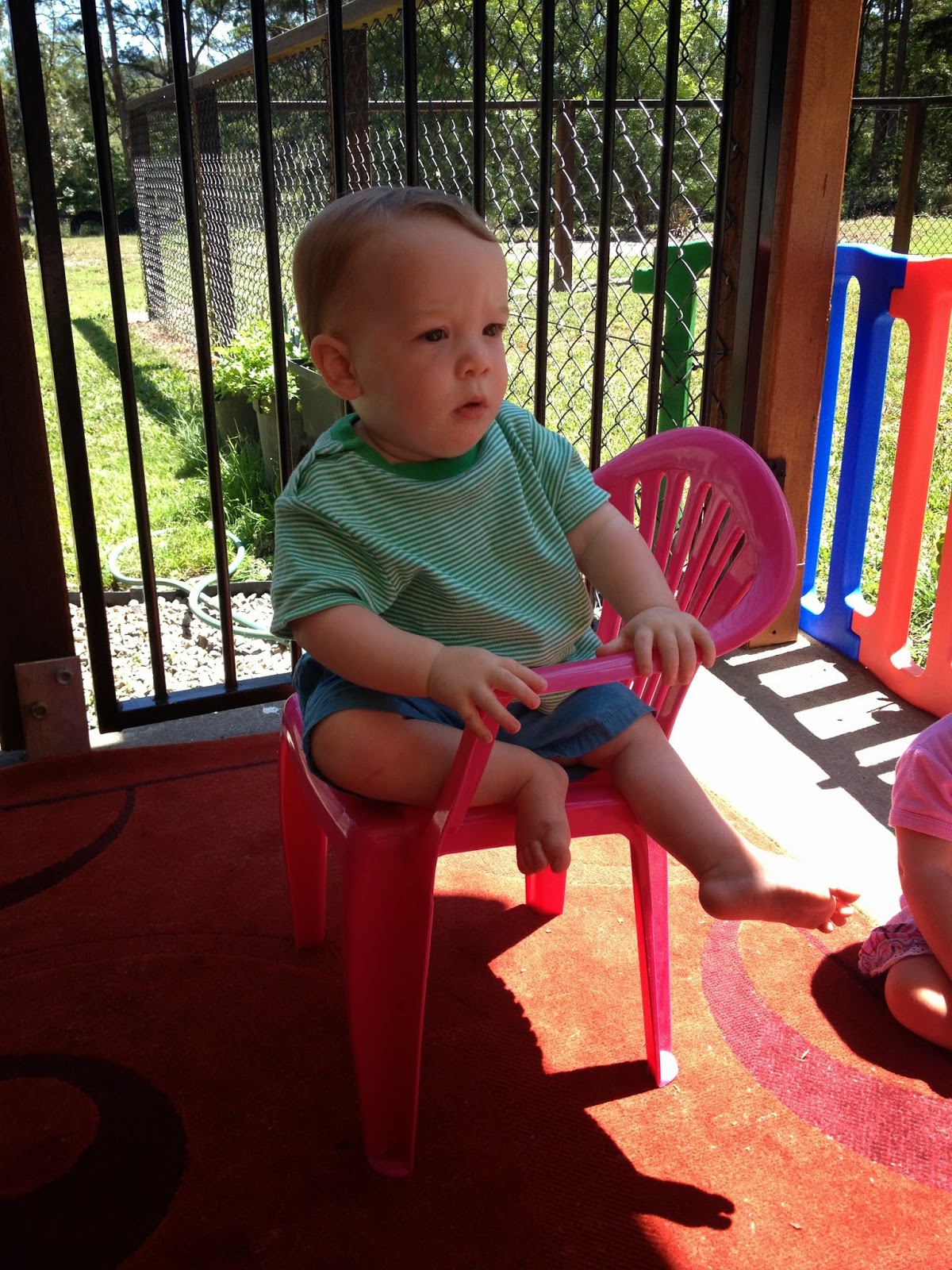 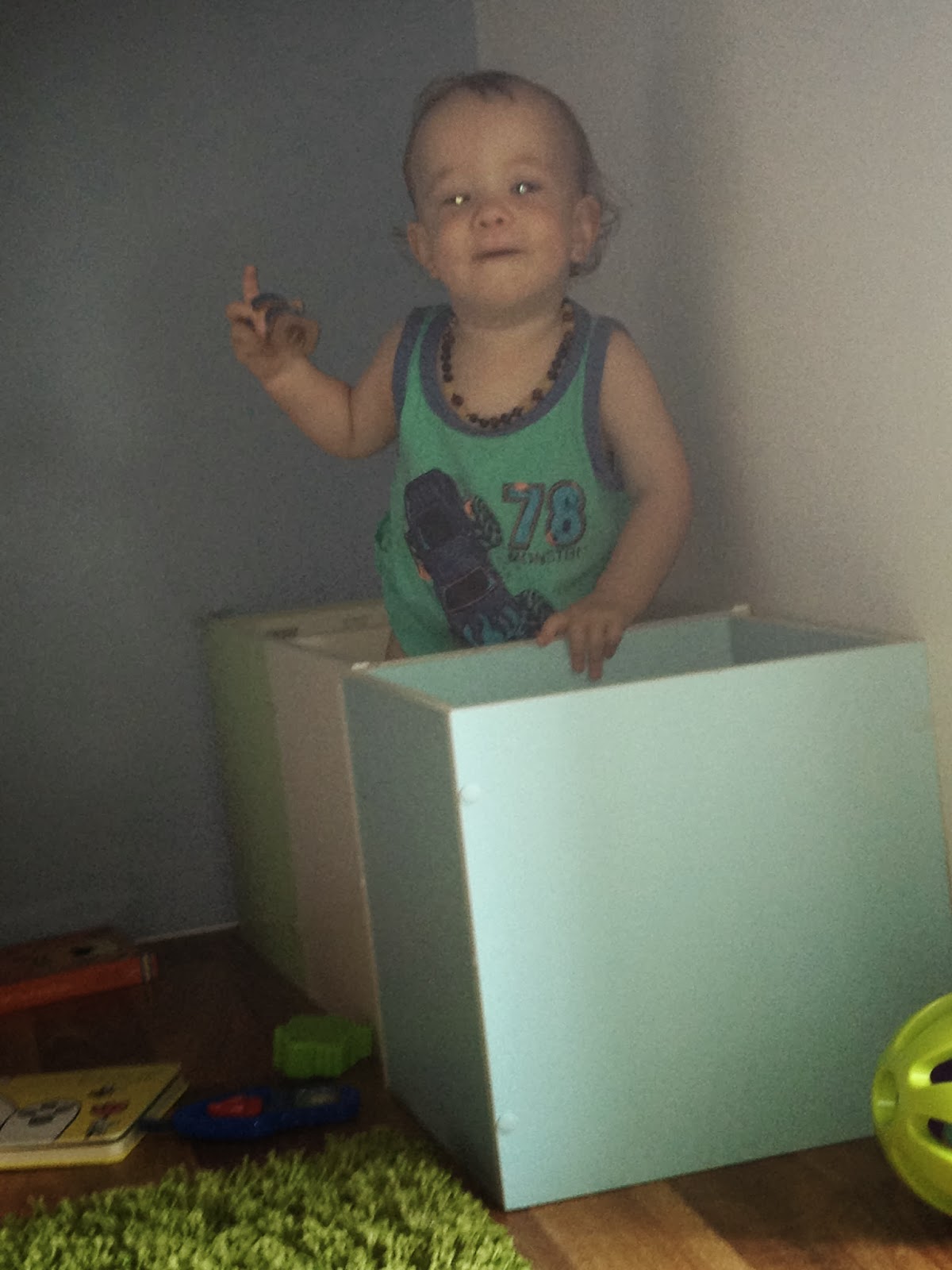 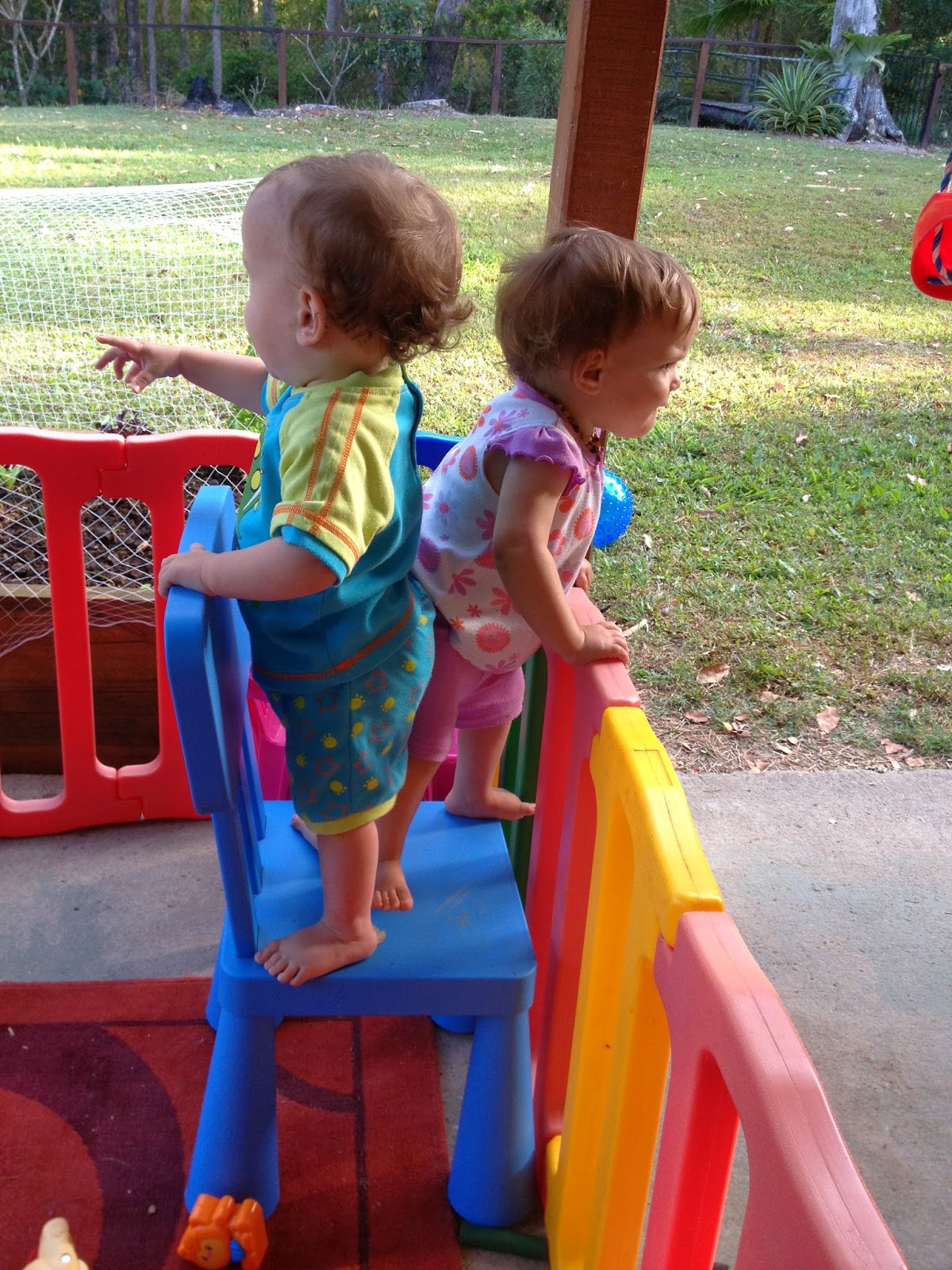 And we now have 2 walkers! Dylan, then Ailah. Intersting. Isaac sat up first, Ailah walked first and now Dylan was the first to walk. Sharing is caring! Next blog post hopefully I'll have 3 walkers!

Isaac managed to come down with a fever that was intense but only lasted 48 hours. Here he is passed out on my bed. Awwwwwwwwww 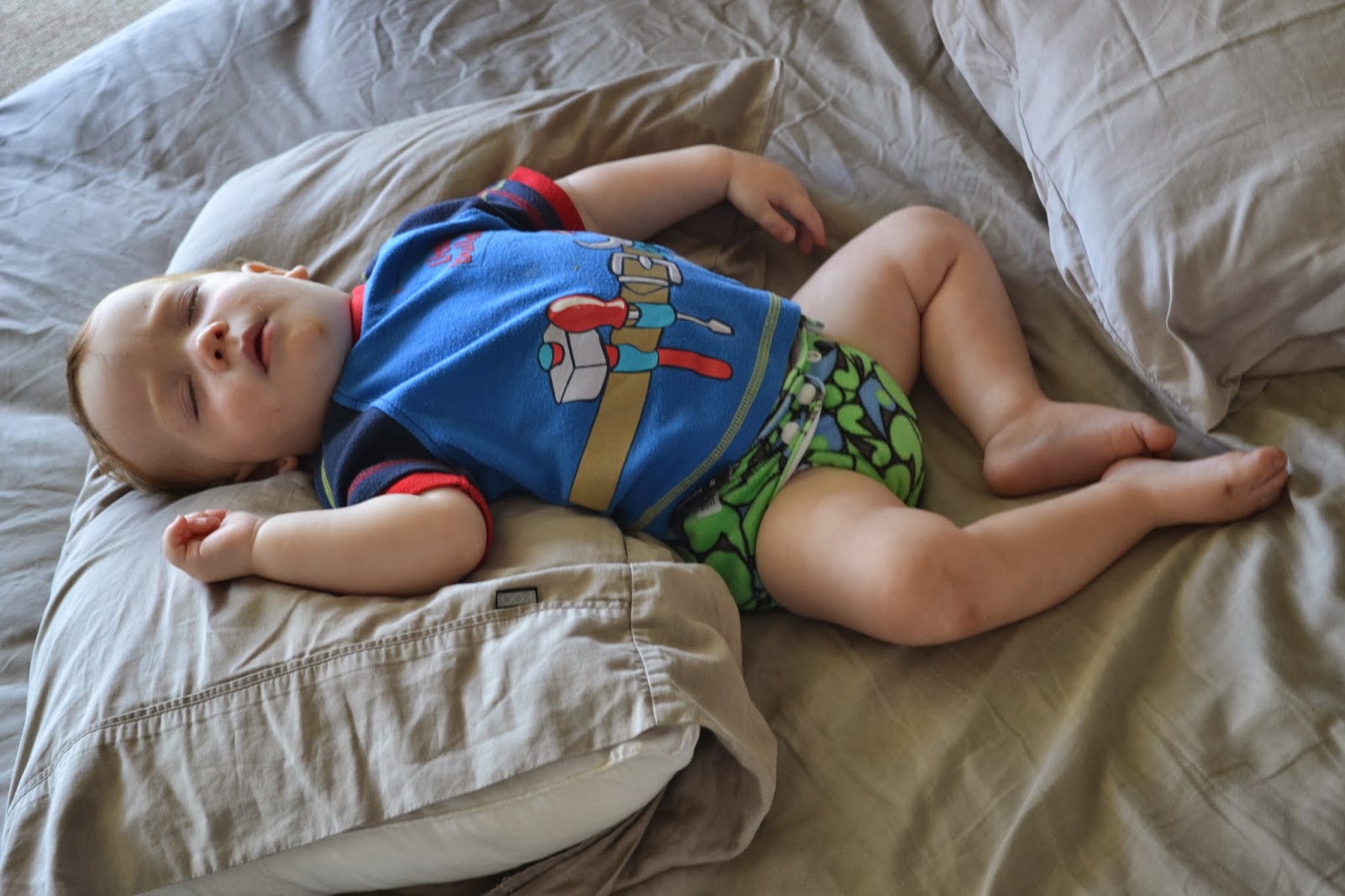 And another cute sleeping one - don't you love it when you're pushing a pram around and don't even know they've fallen asleep? 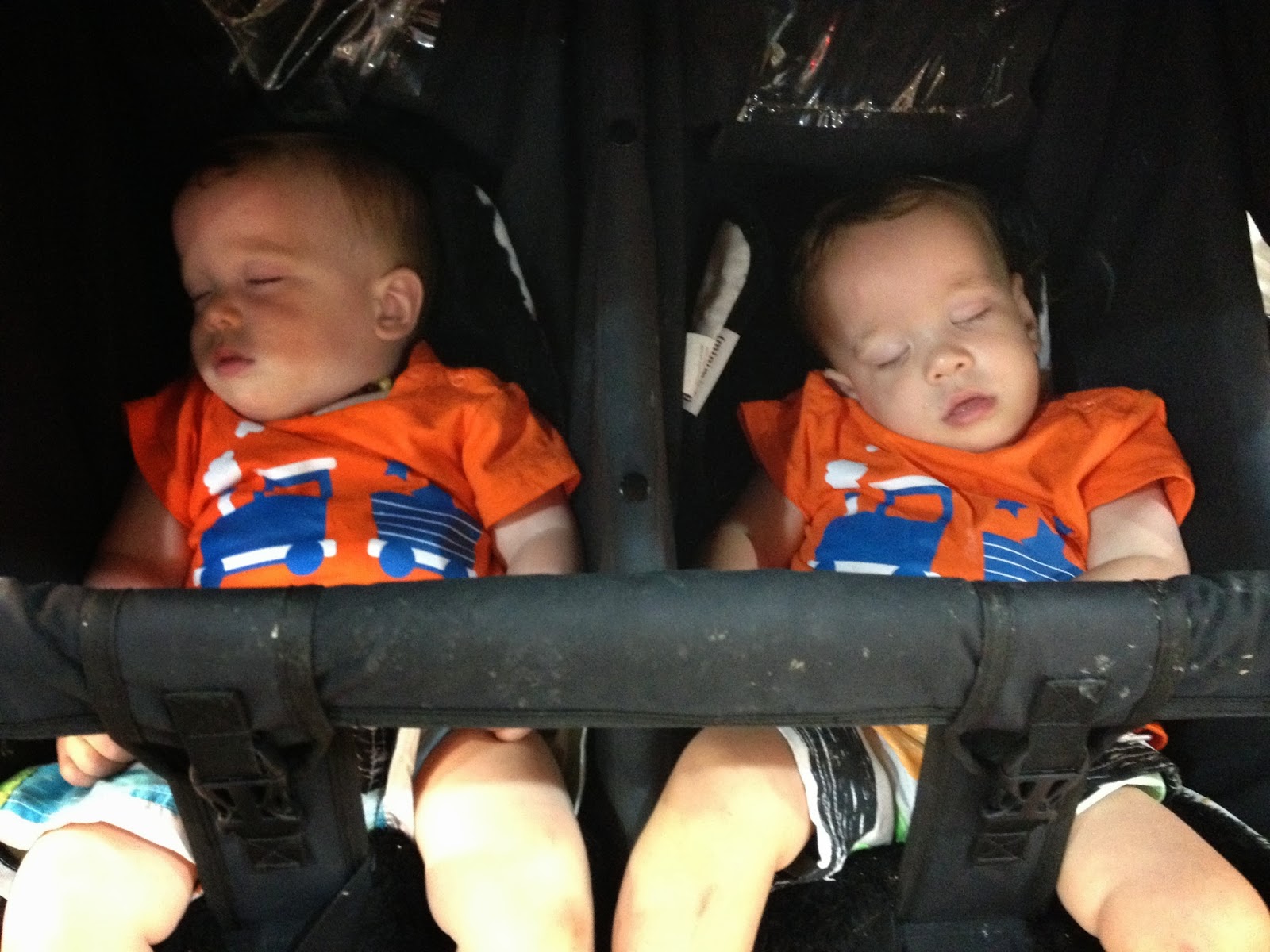 We also went camping for my birthday weekend. Pre children - and even pre triplets - we used to camp a lot.People thought we were crazy! Camping with 1 year old triplets?! My reply was that they're not old enough to be naughty yet! 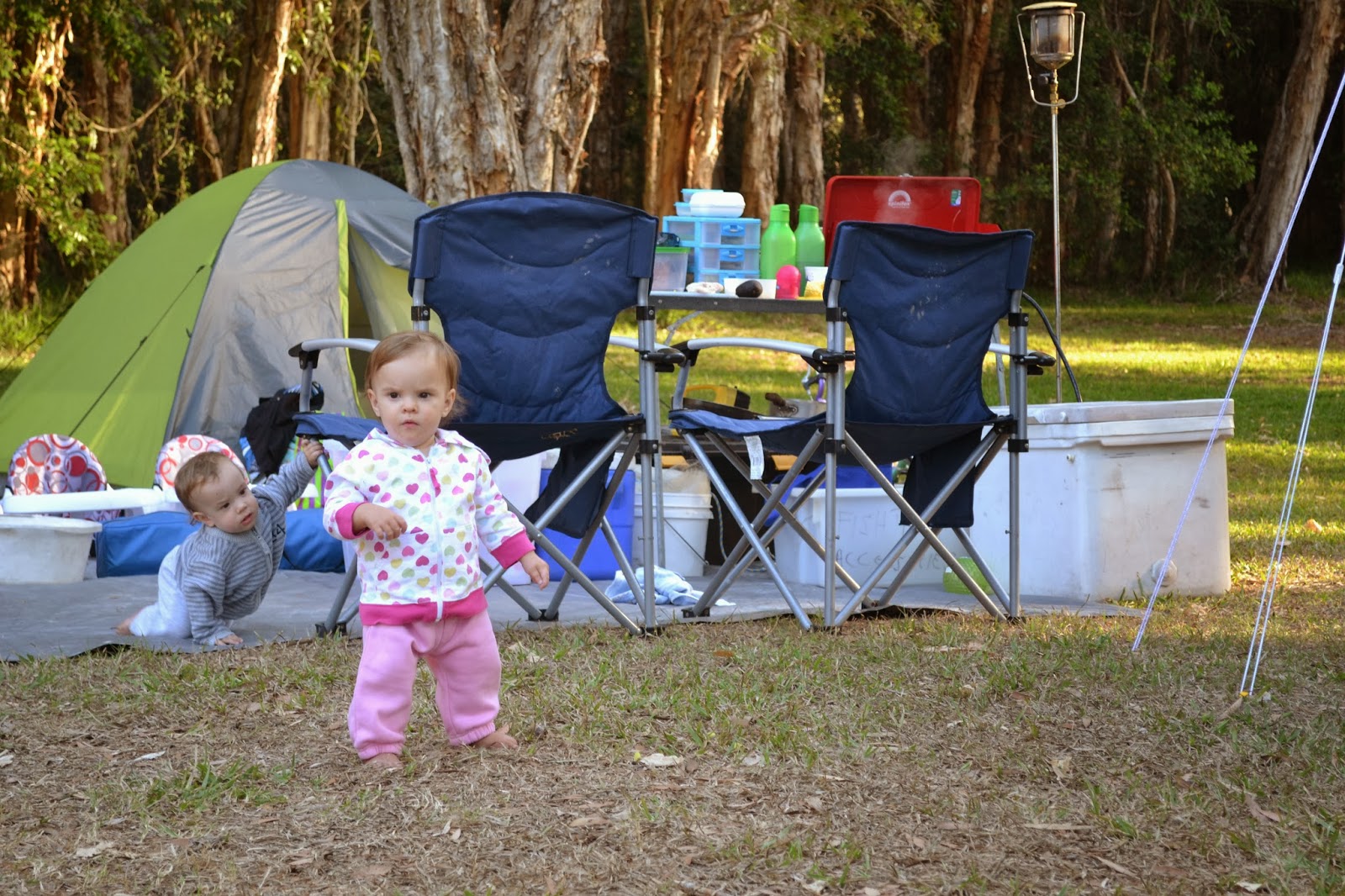 I was very proud of Dylan! He slept in the big kids tent all night without a fuss. What a clever chook! 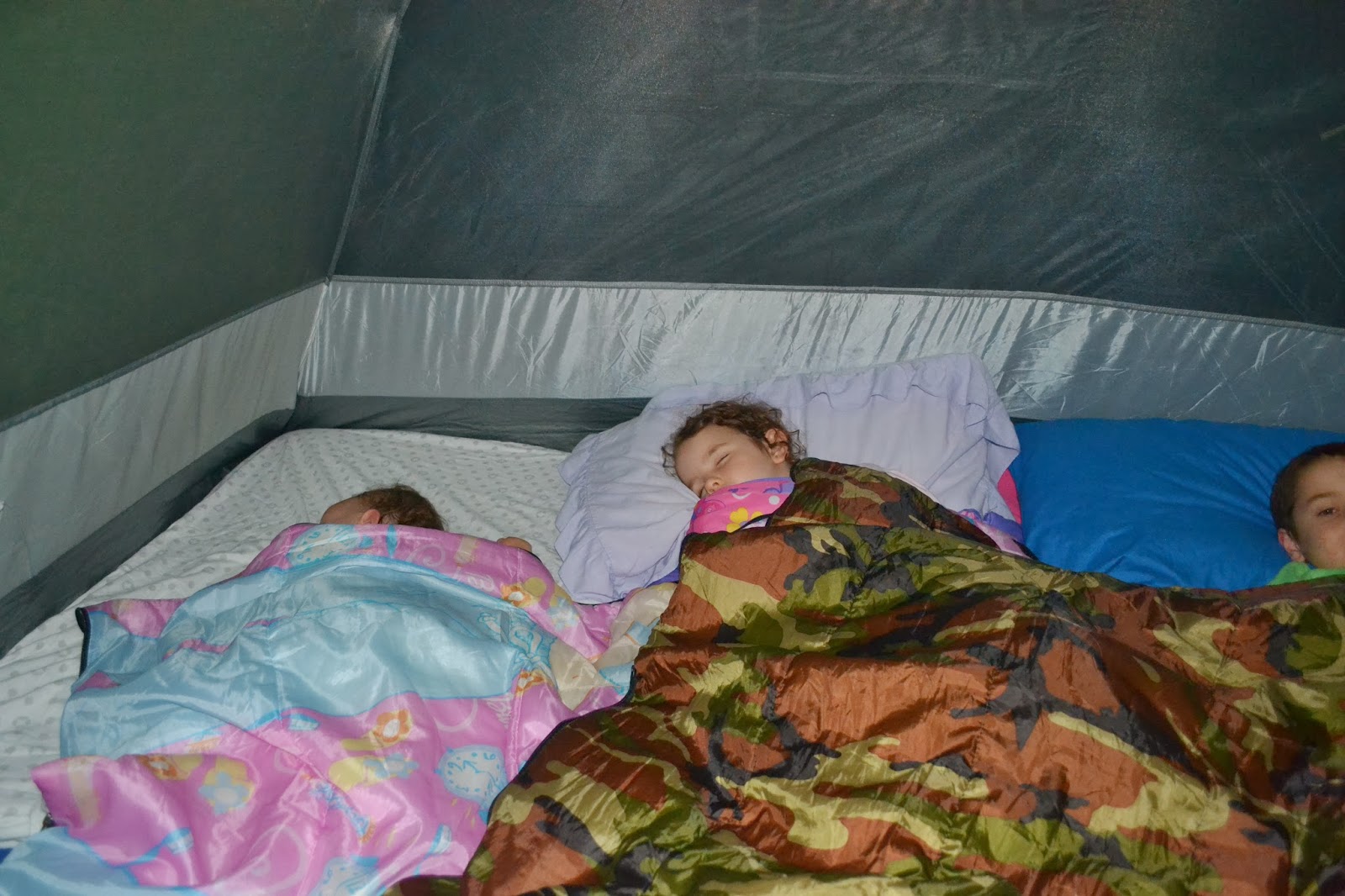 Dylan found the plates and spoons that hadn't been washed up after my birthday Pavlova - yum! 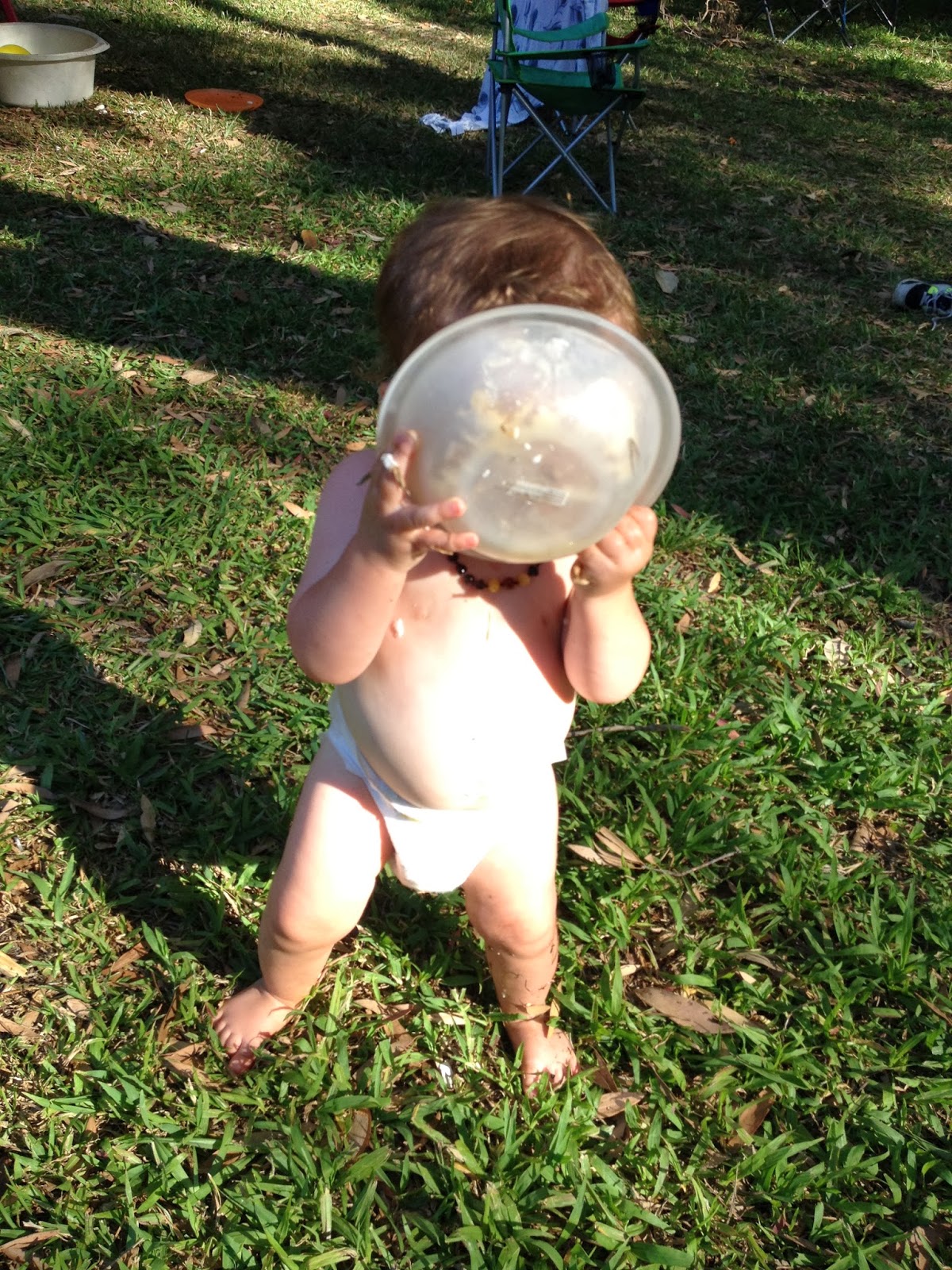 Jordan and Amali had lots of fun - they even set up their own tent! 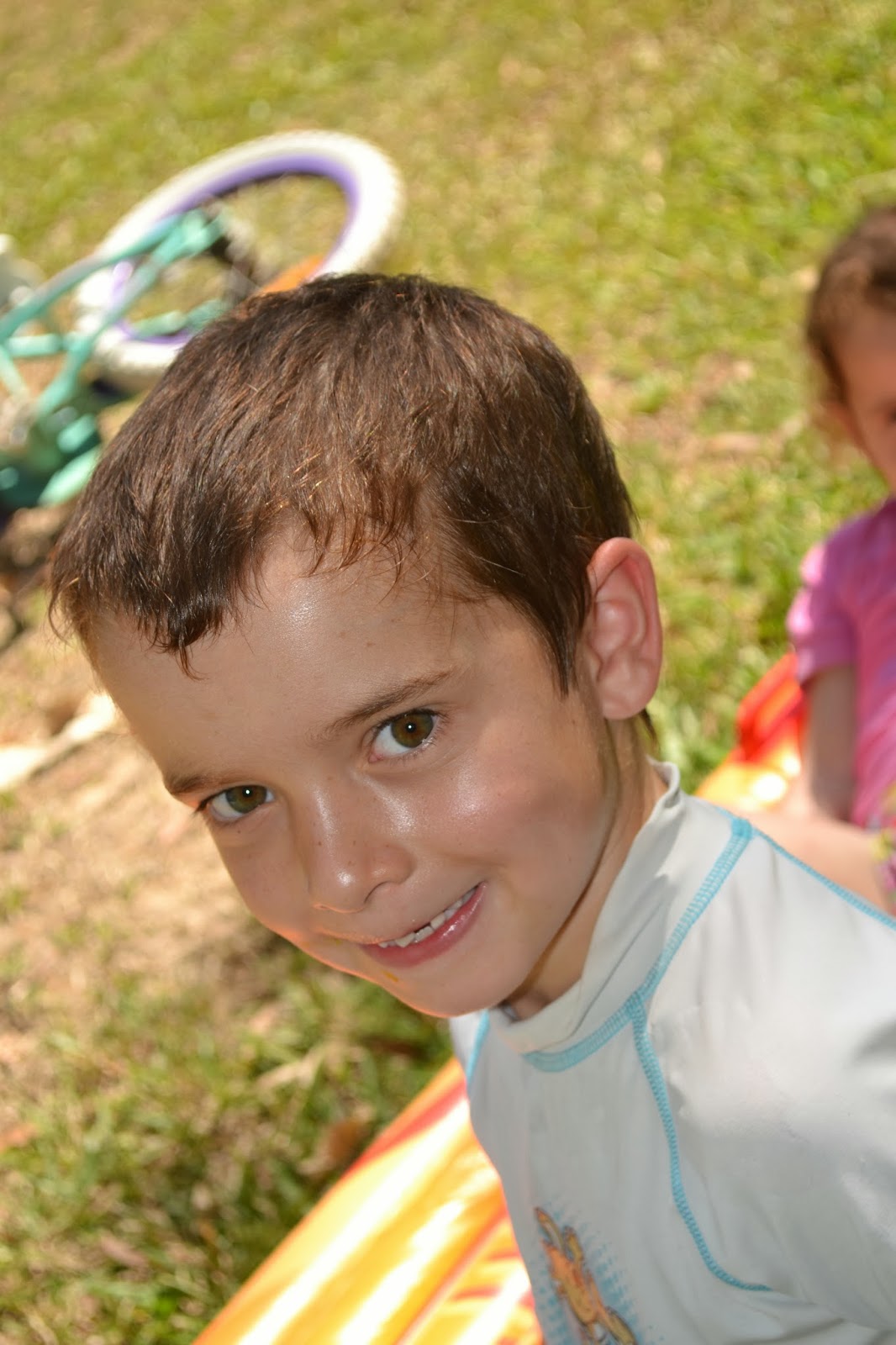 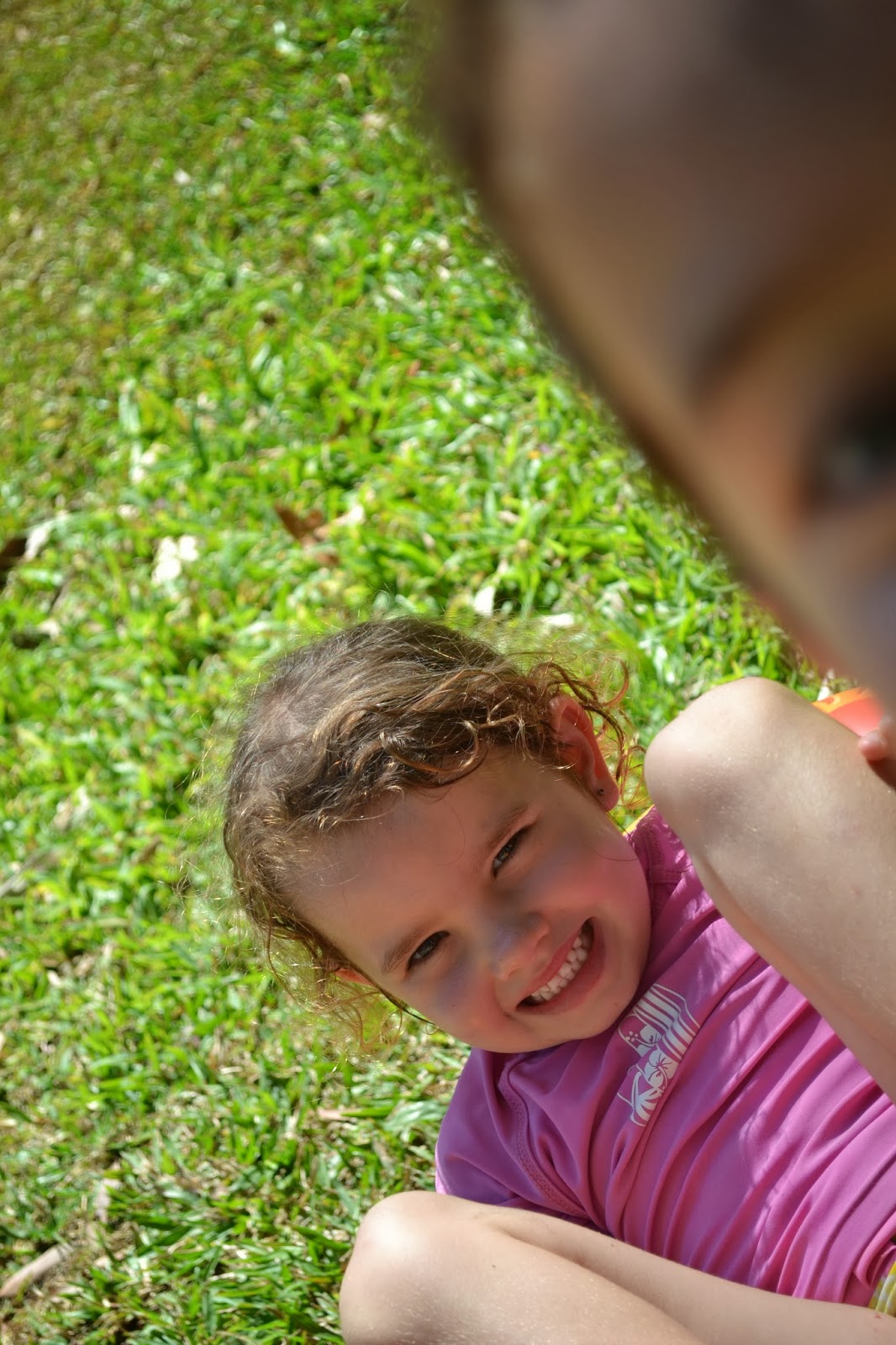 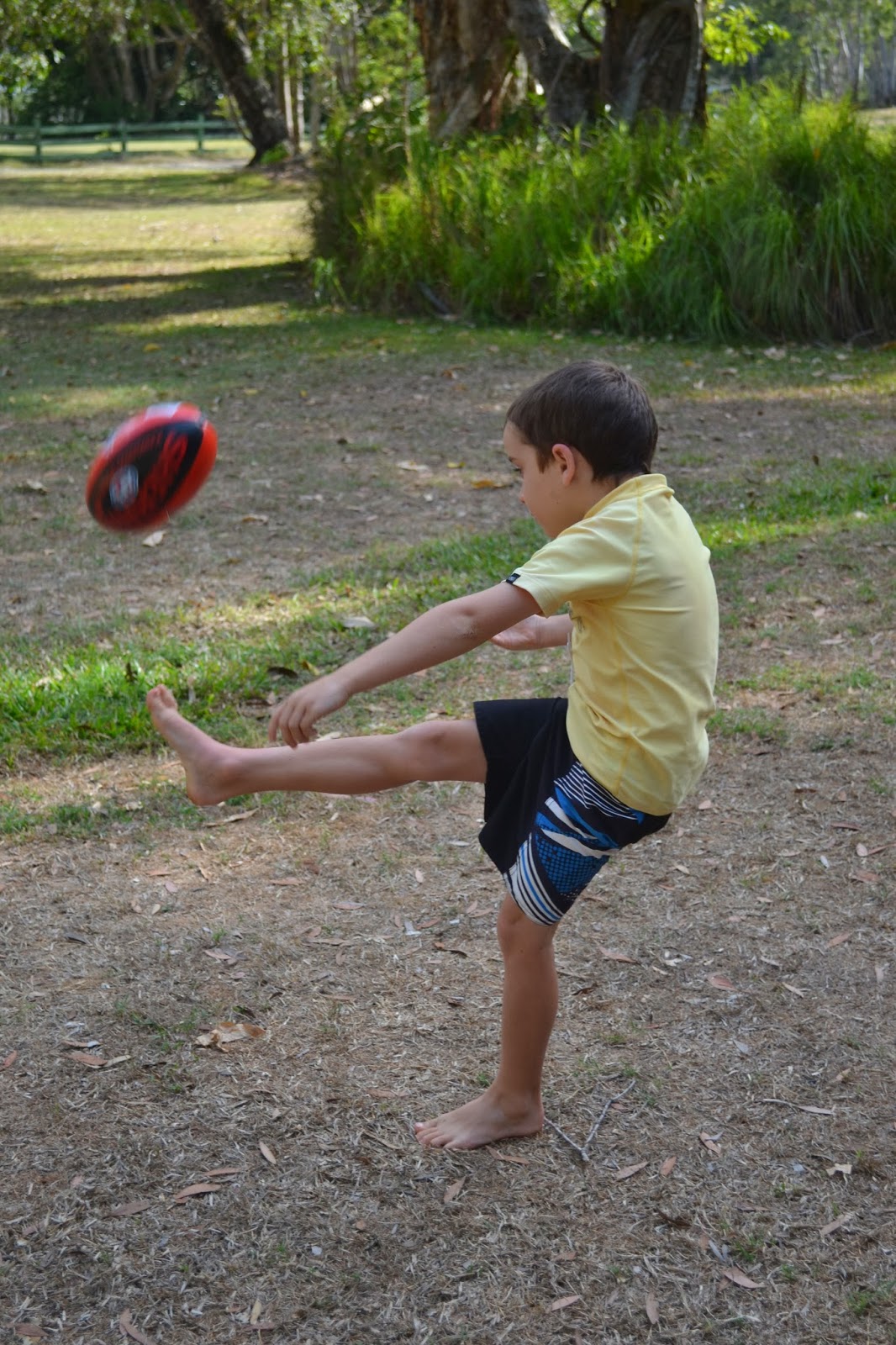 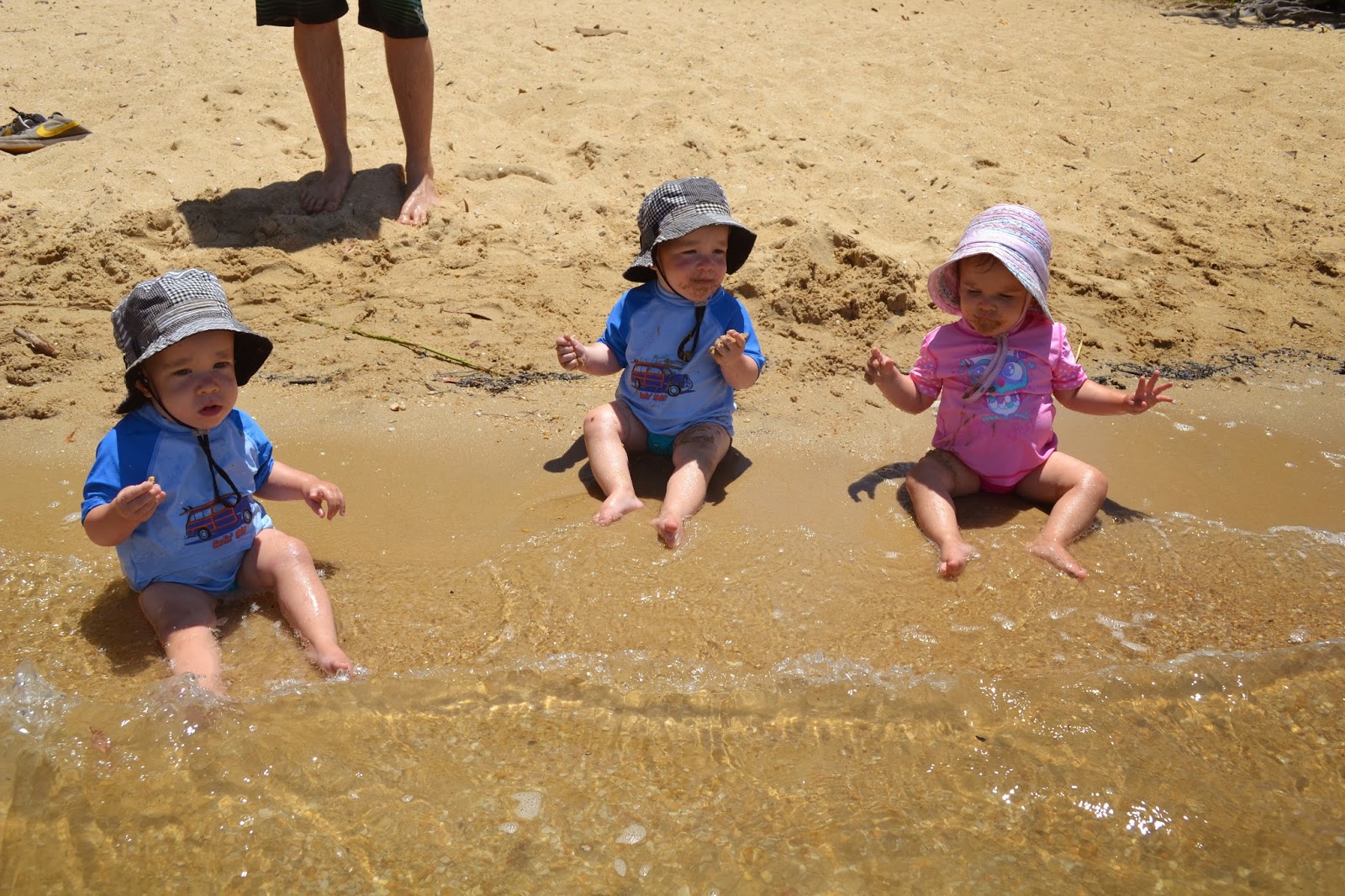 We had a great time and it won't be the last trip we do! Can't wait for the next. 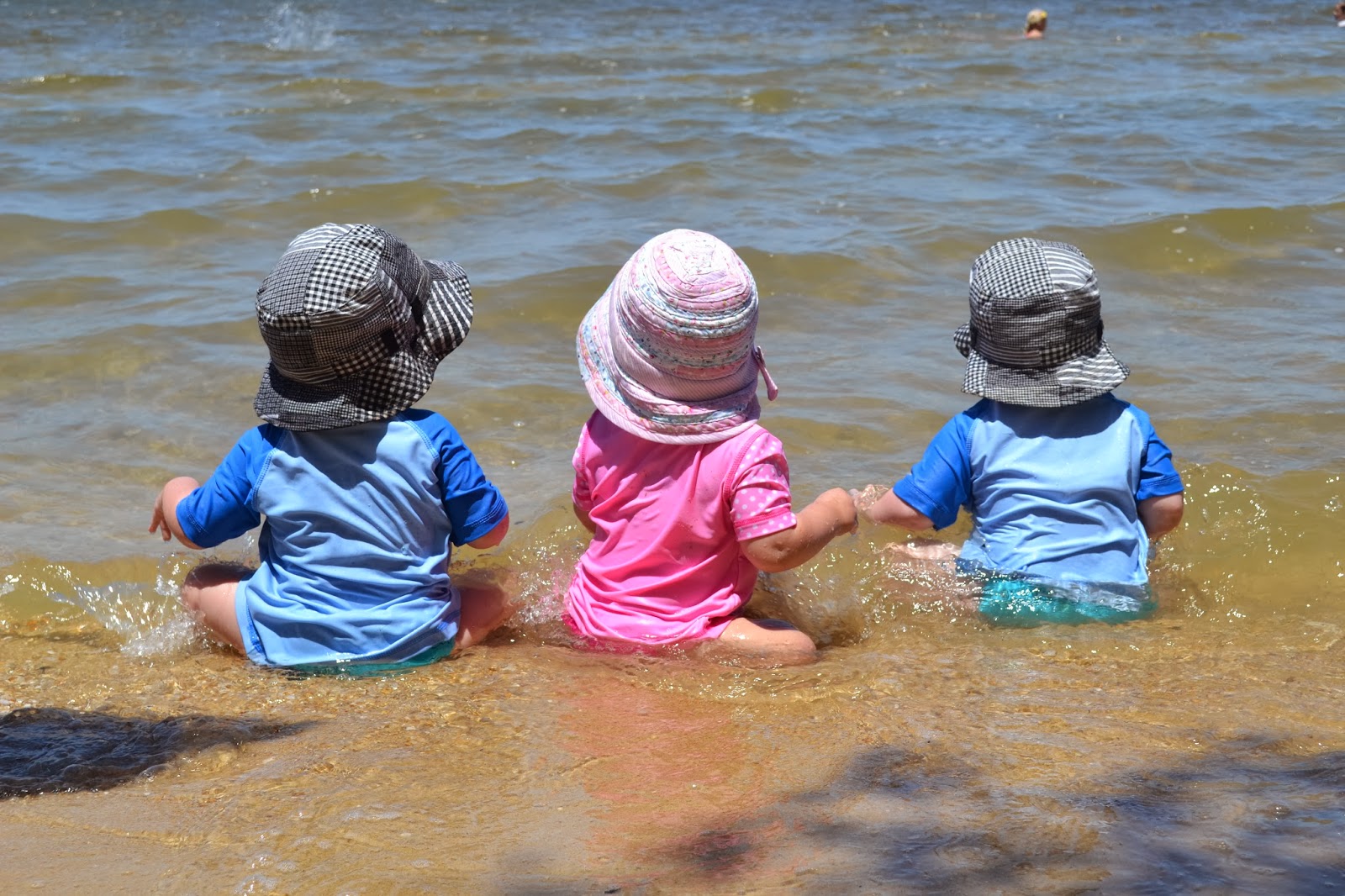