I've been trying to write this all day! 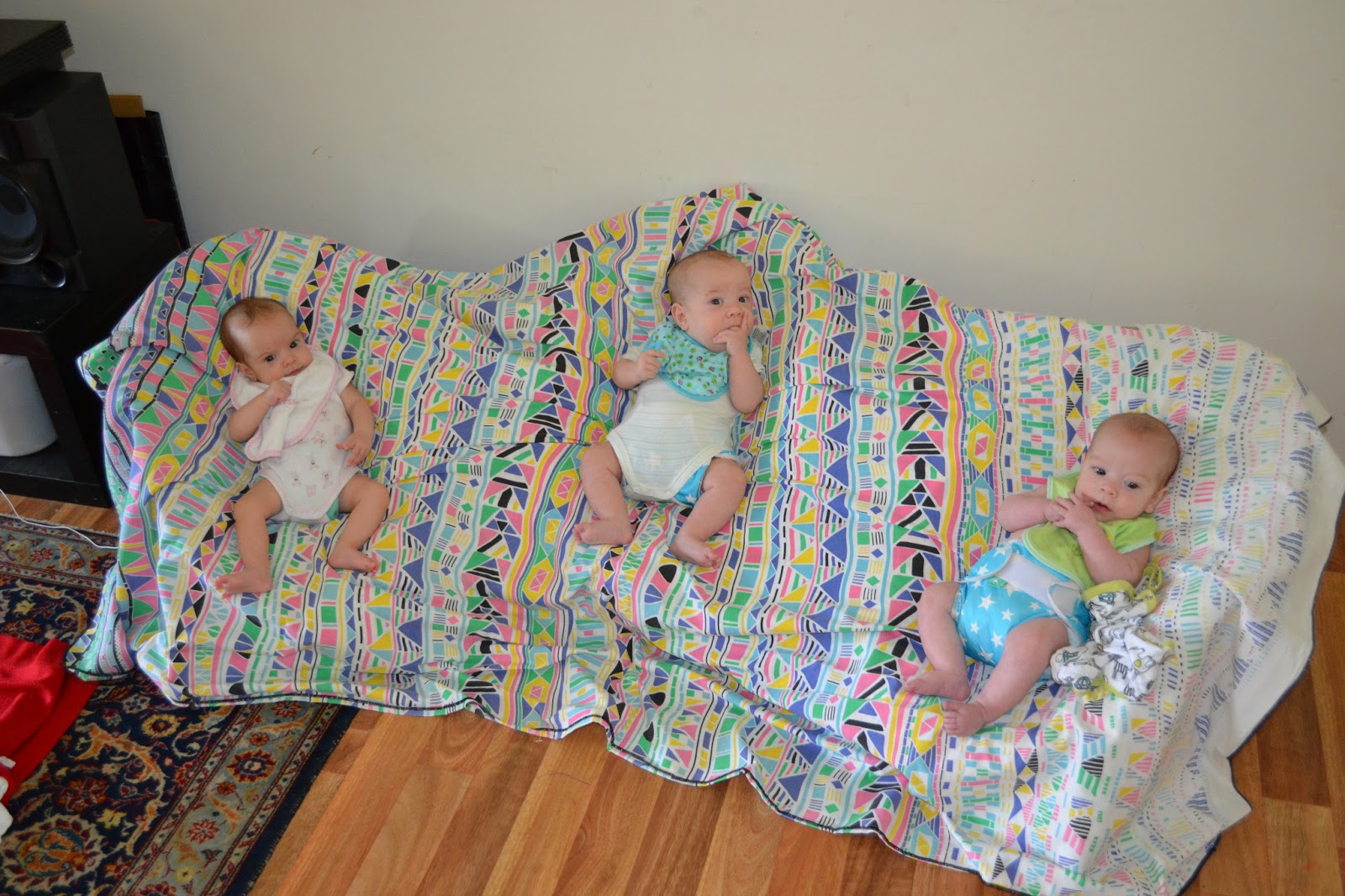 They are eating!!
Some may not like 4 month olds eating solids, but each to their own, mine are.
We started with banana.
Isaac loooooved it. 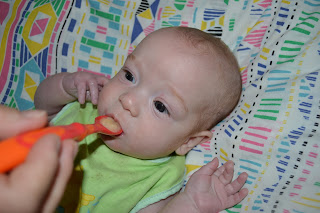 And then did this in between spoonfuls as I couldn't get it in quick enough!!
I swear he shouldn't have been a triplet - no patience!

Ailah and Dylan weren't as sure, but have since improved greatly! 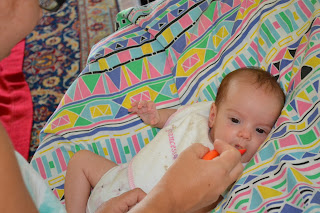 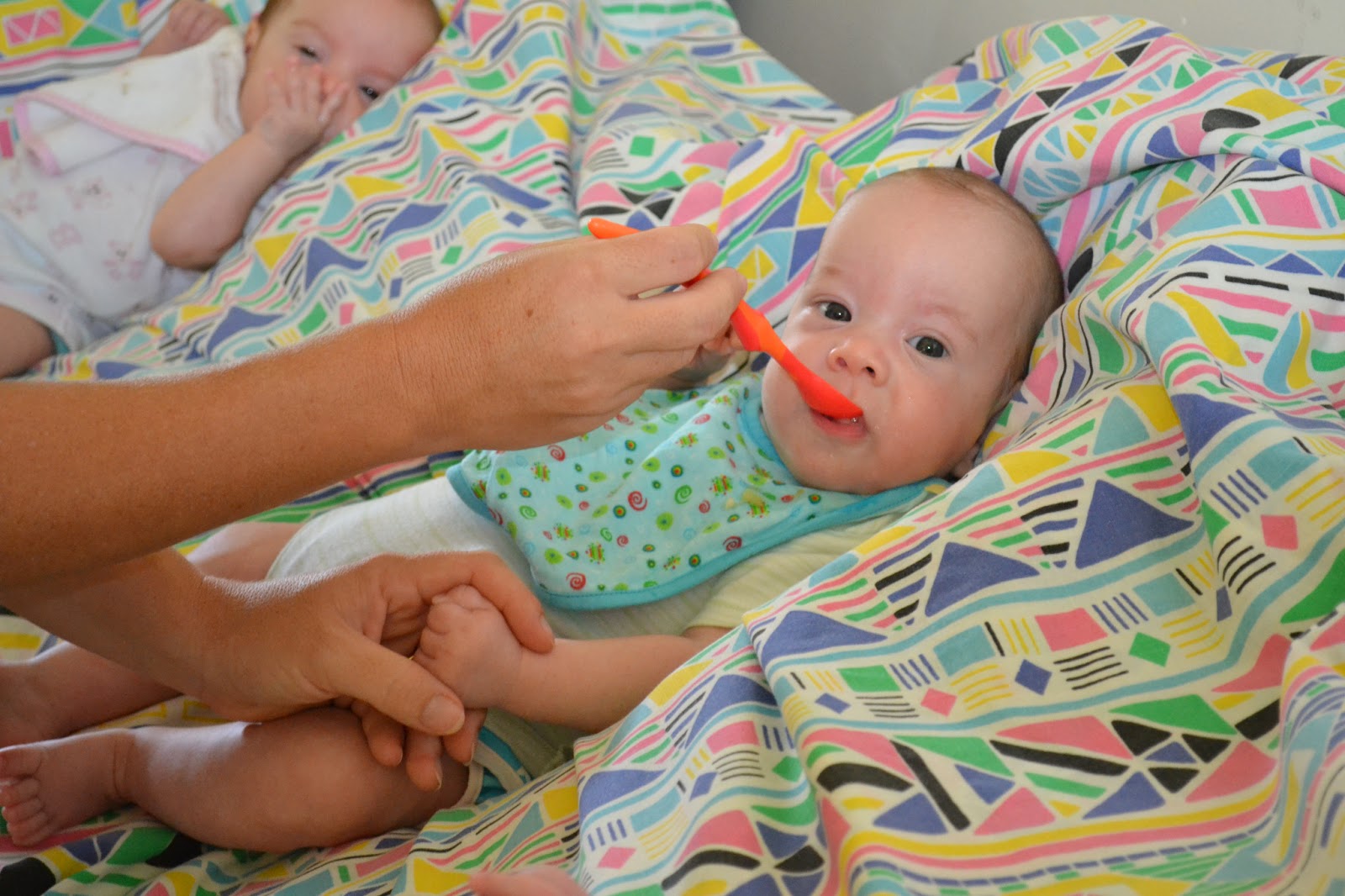 They've had banana, avocado, pear, rockmelon (not a success) and sweet potato.
After 2 weeks of having solids in the morning and no problems with their poos, they had their first lot of afternoon solids as well today. I can see the change in Ailah's weight already.
A tip for those with multiples - put an old sheet over their bouncers!

We've had 2 birthdays. Jordan turned 6 on the 1st of January. He got this scooter as a late present. 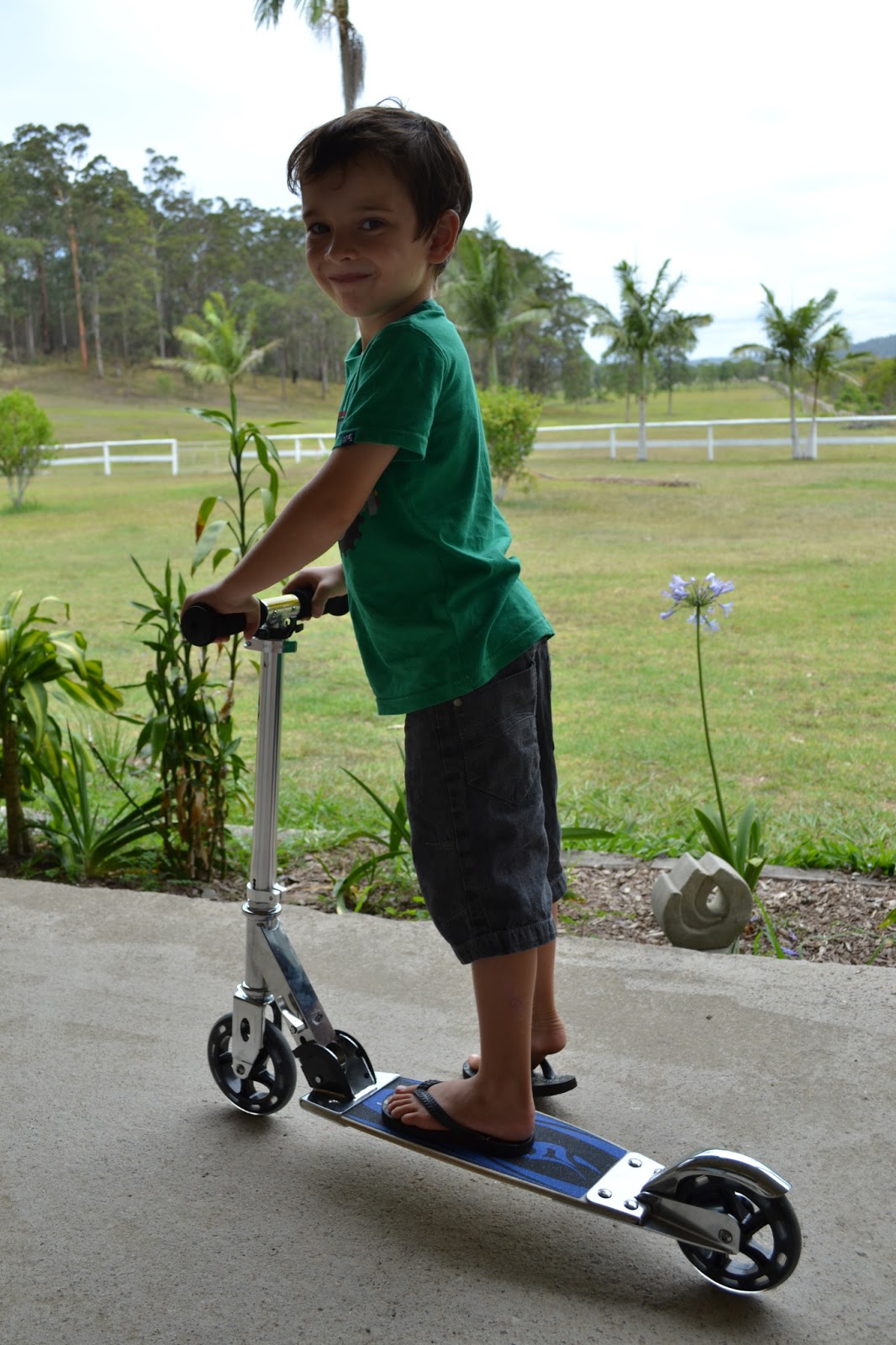 And Amali turned 4 on the 7th of January. This is her new bike as an early birthday present. Jordan ran into her previously new bike on his motorbike and demolished said bike. Needless to say, this one is much more liked as it has a special bag, water bottle, streamers and a baby seat on the back. 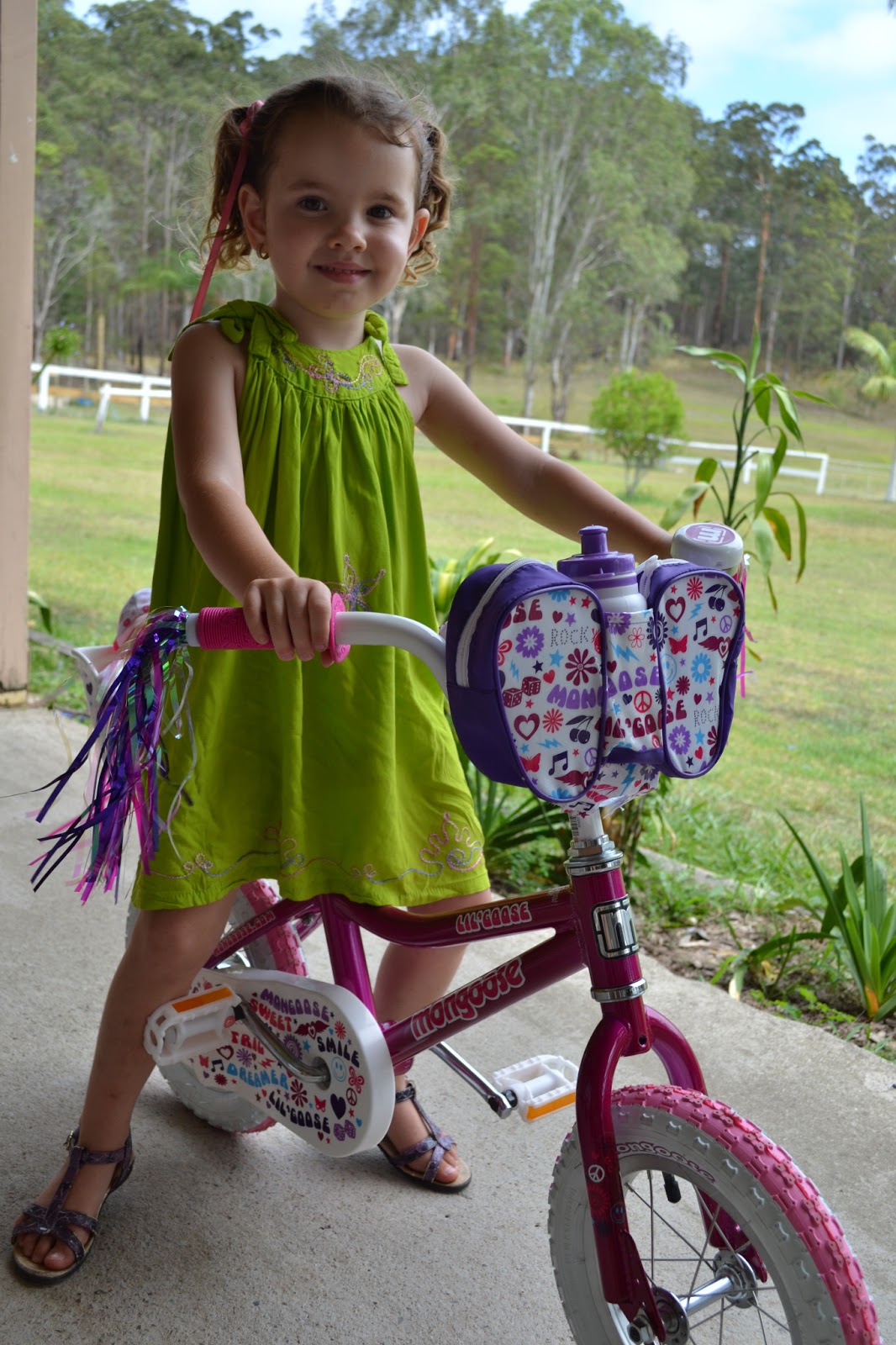 I love how much time Jordan willingly spends with his baby brothers and sister. He is amazing and is often found lying on the floor with them or chatting away to them. They really love it too! 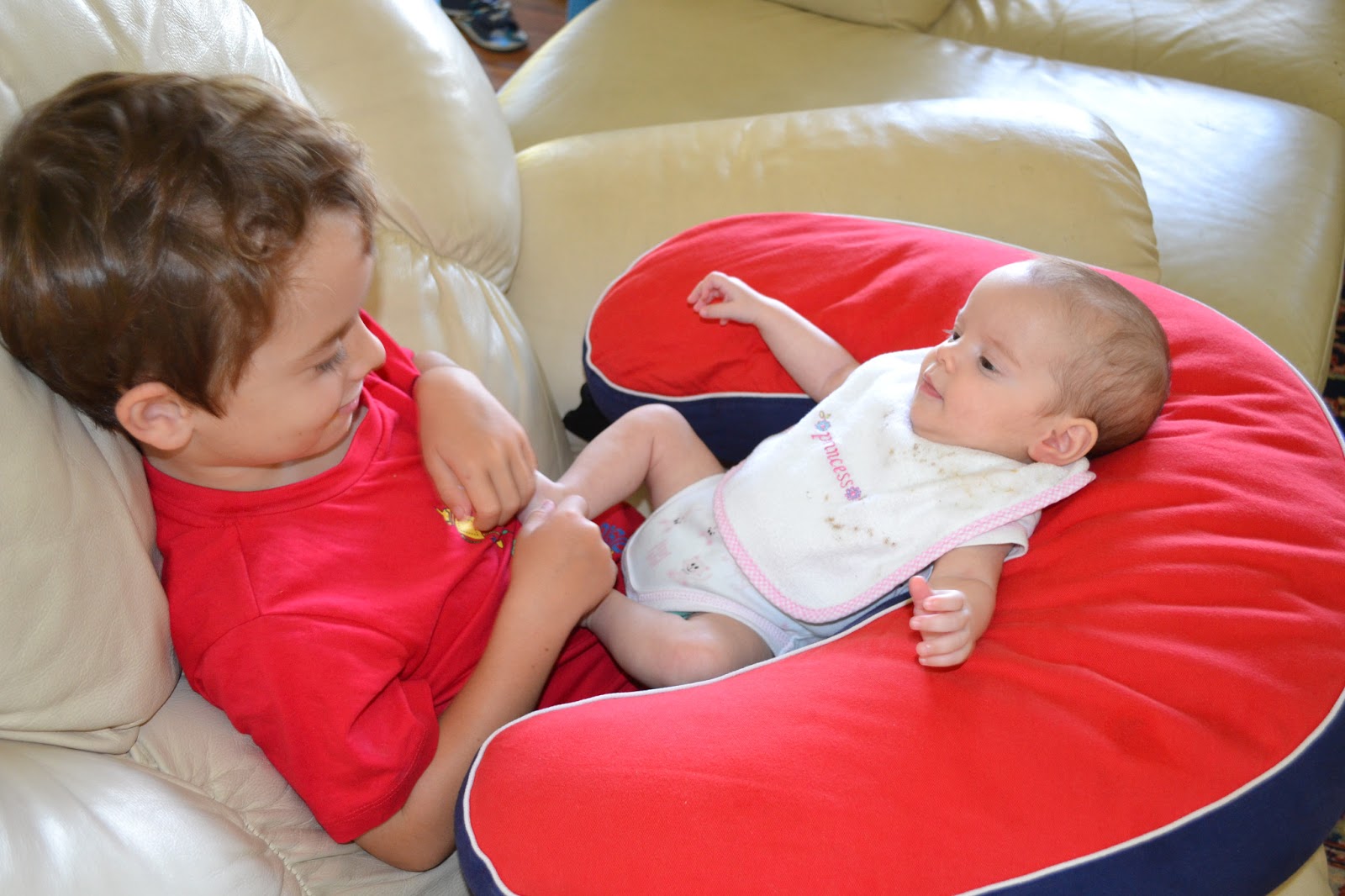 They had their first triplet bath last week, Ailah and Isaac love kicking and splashing with their legs while Dylan is more subdued, but still loves it. 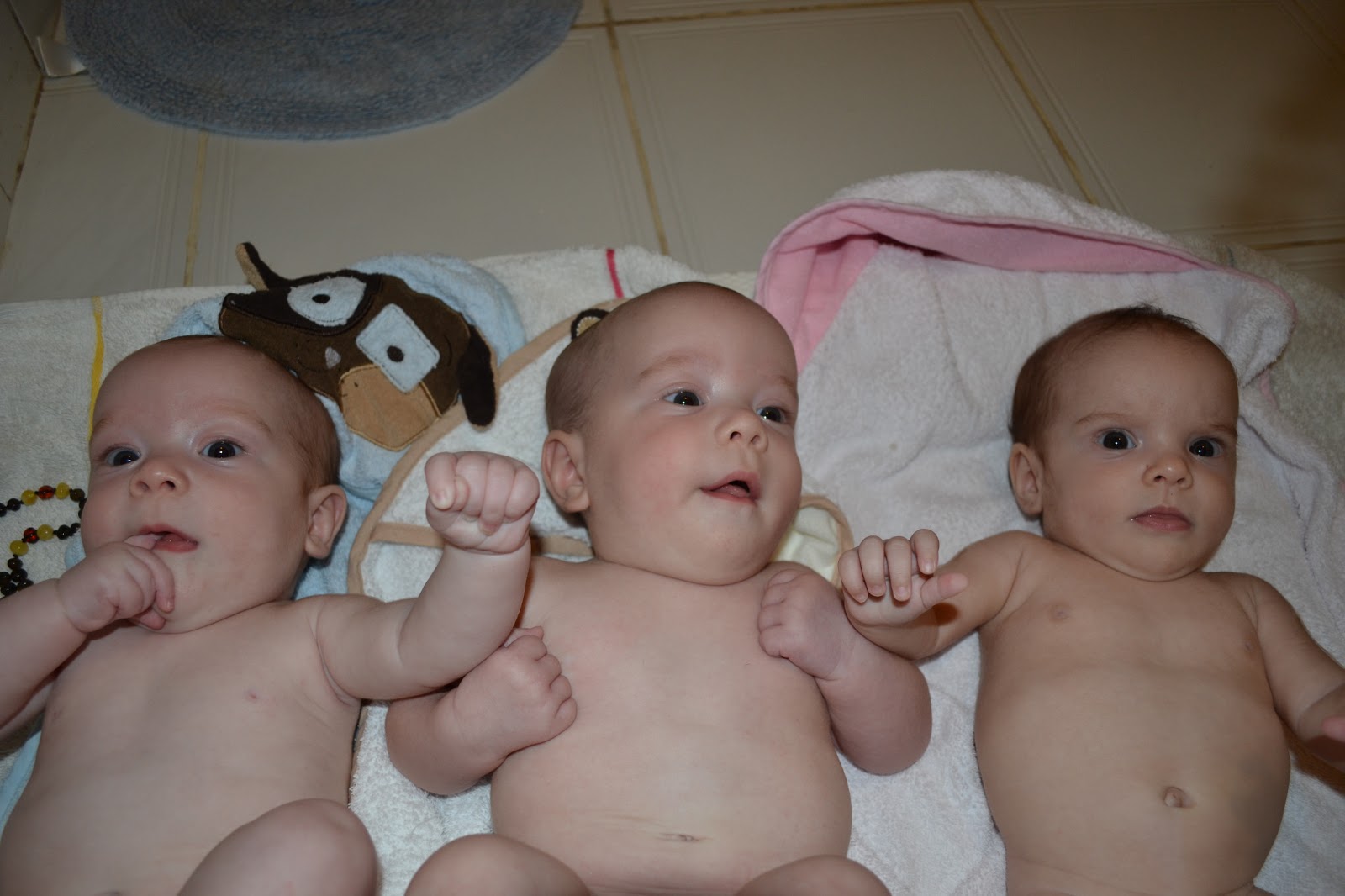 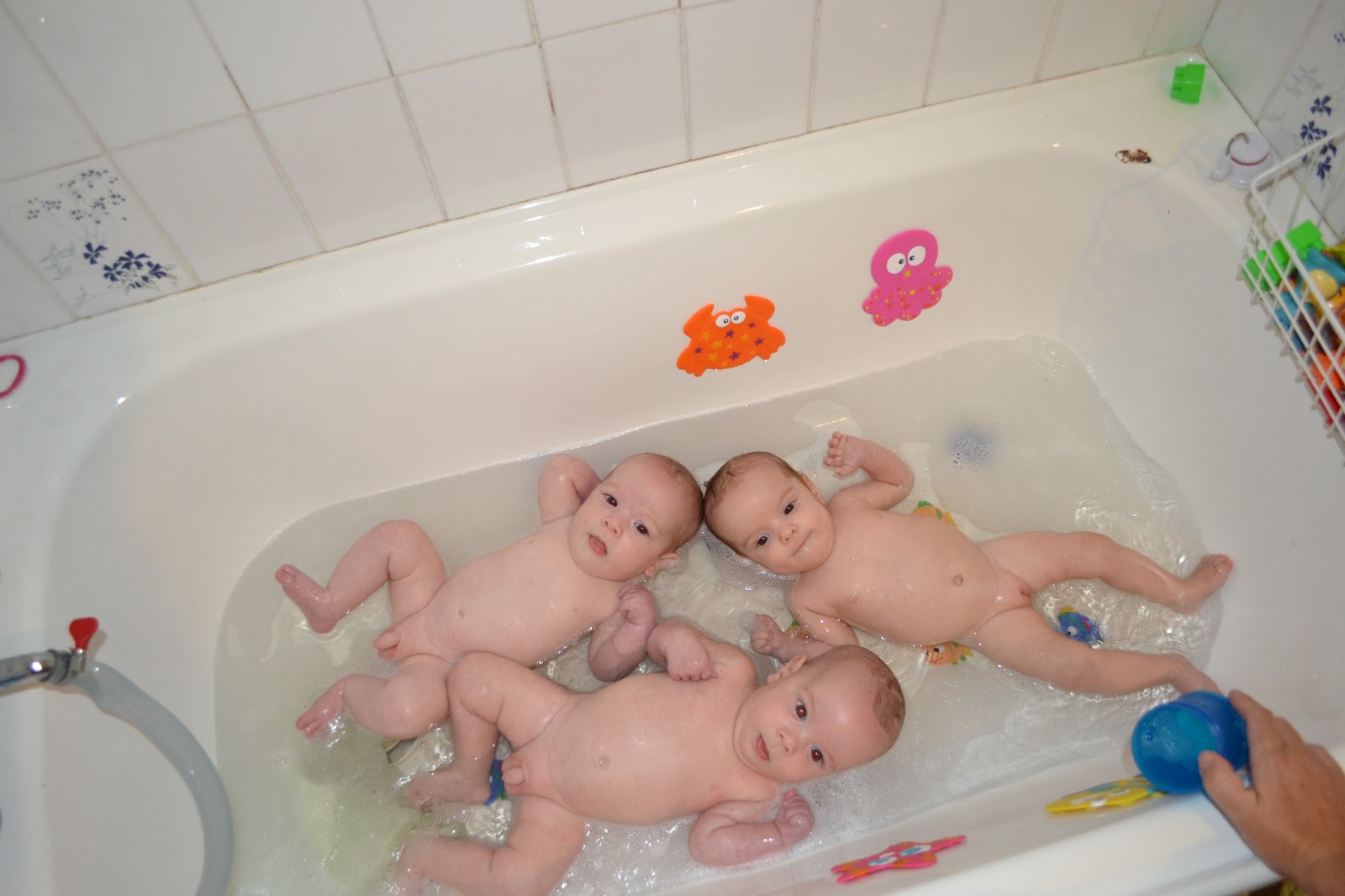 No, they are not ridiculously long, we just have a teeny bath!

Of course we had a big birthday for the kids, to help them remind them how special they are to us too. They wanted a disco dance party. So we gave it to them! We blacked out all the windows, hired a disco light (I bought one off ebay and it is still yet to arrive), downloaded songs and made a playlist just for them, had glow stick bangles as wristbands that the kids got on entry and played lots of games.
Just don't try playing pass the parcel with 27 kids. Trust me. 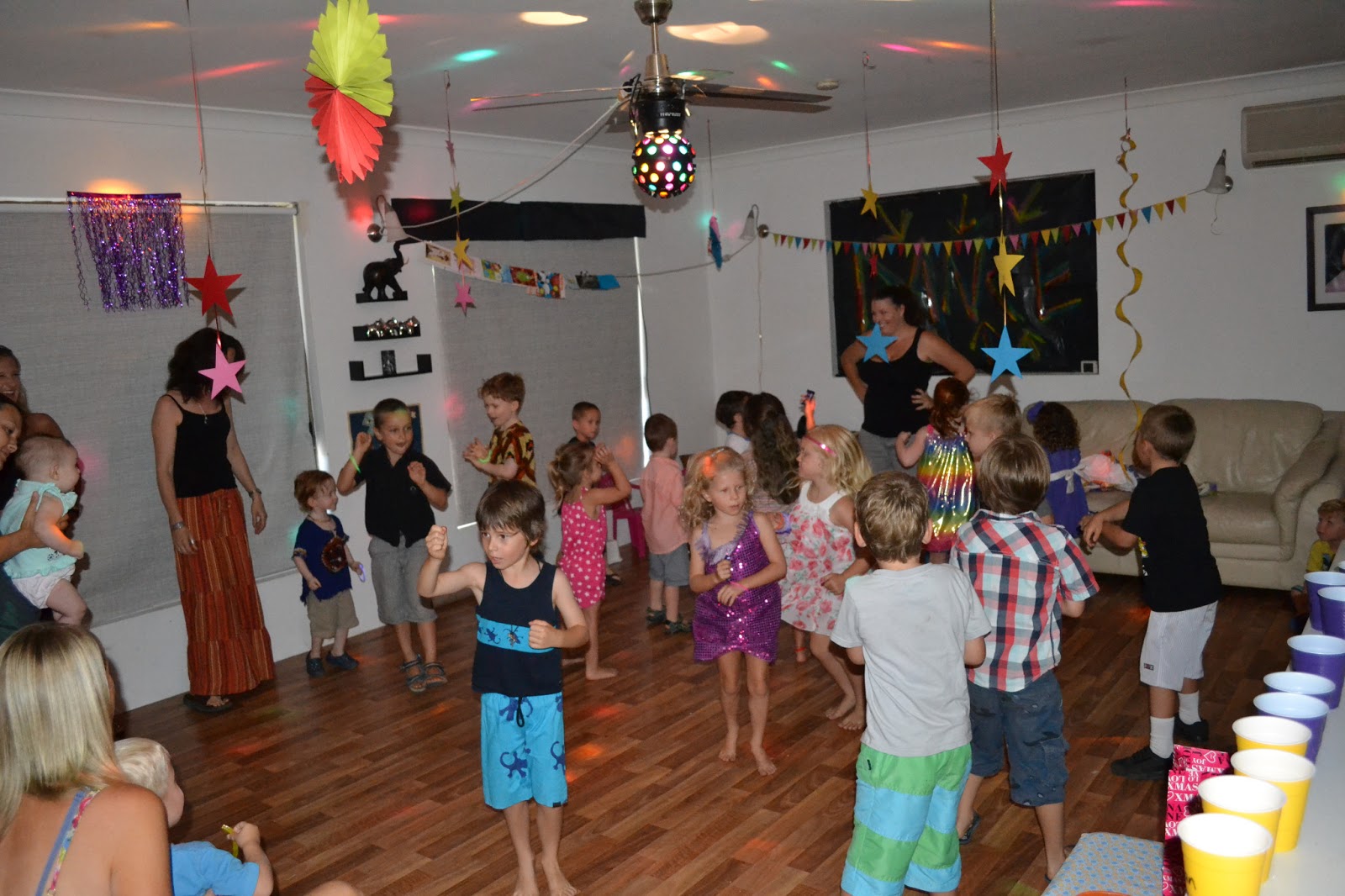 It was really dark, but this was taken with the flash on. And yes, I did do Gangnam Style with the kids. 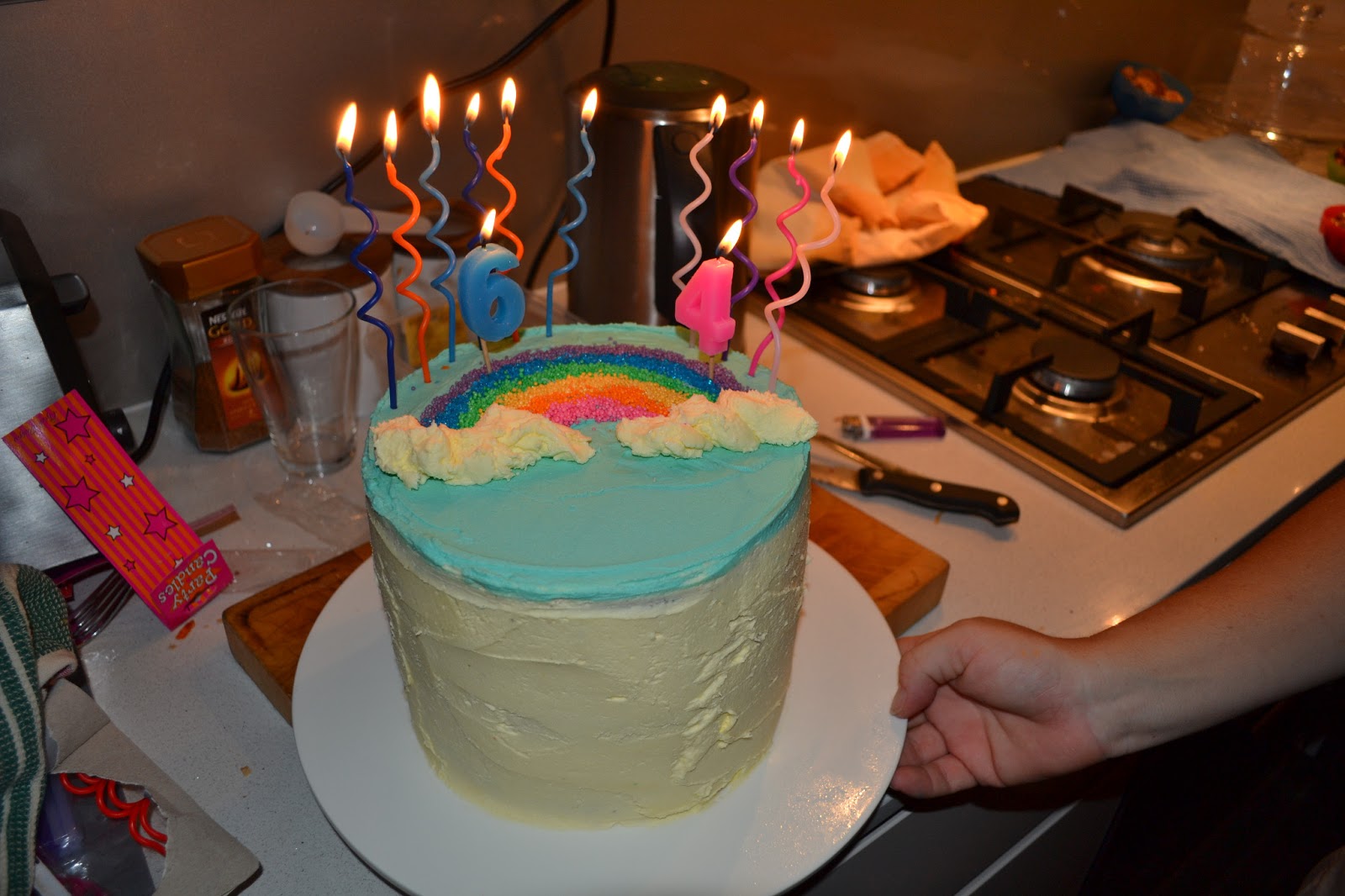 Their cake looked fairly plain (thanks to my amazing Nanny who did the rainbow for me as the bubbas had to be fed), they were happy with it...... 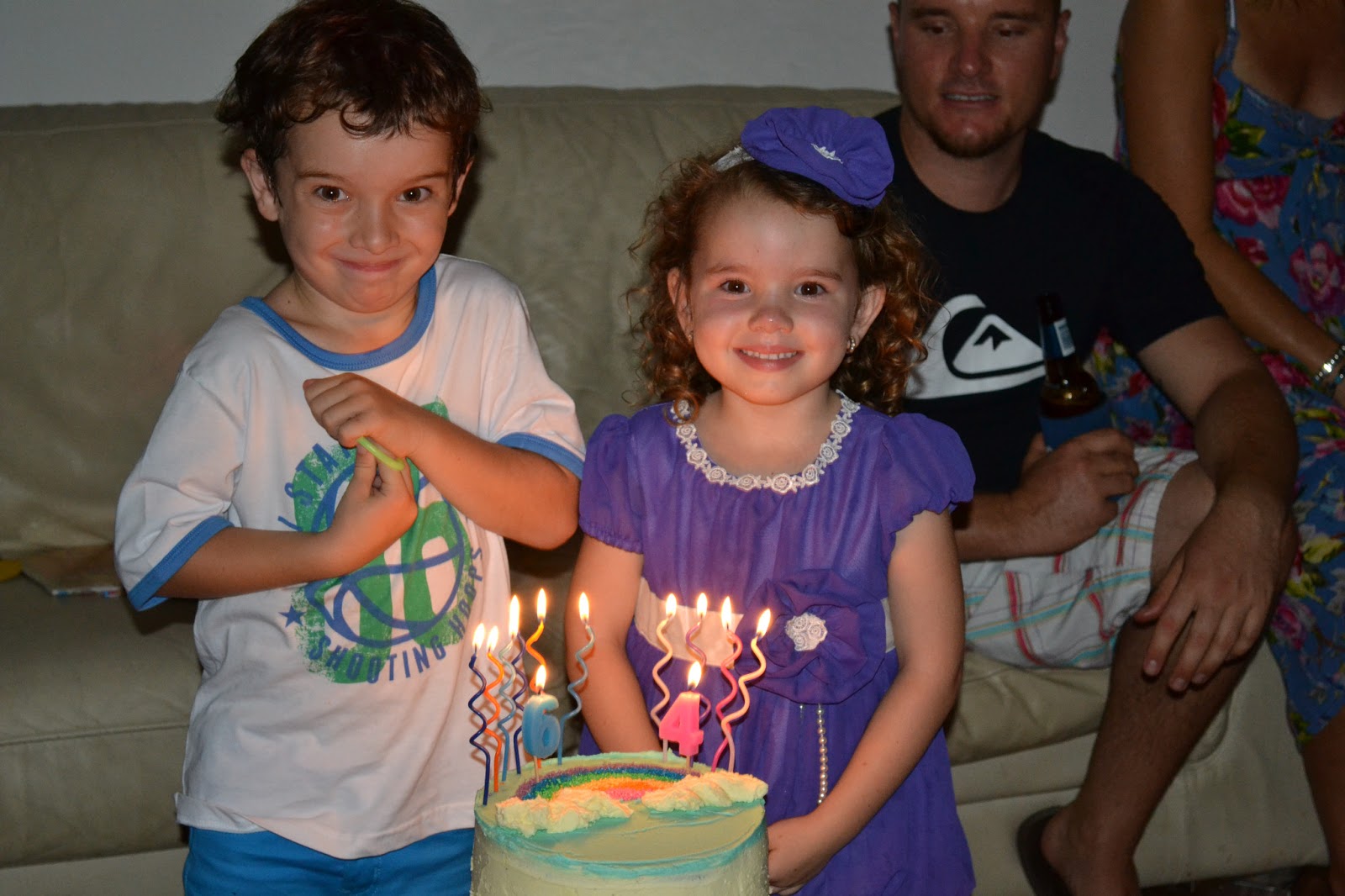 .....until they saw the inside of it! They loved it and everyone commented on it. Thank you Fiona! I stole this idea off you! See Fiona's blog at Cattle Kids and Chaos - cake pic here I am a teacher so I had to do ROYGBIV. You know, red, orange, yellow, green, blue, indigo and violet. Except that I did pink, not red. And I only did one shade of purple. You get the picture!

Amali's beautiful dress was made by Sarah at Born Gorgeous. It was a custom, I love the skirt of the dress, it's in the bubble style. Jordan chose his own clothed just from Target. 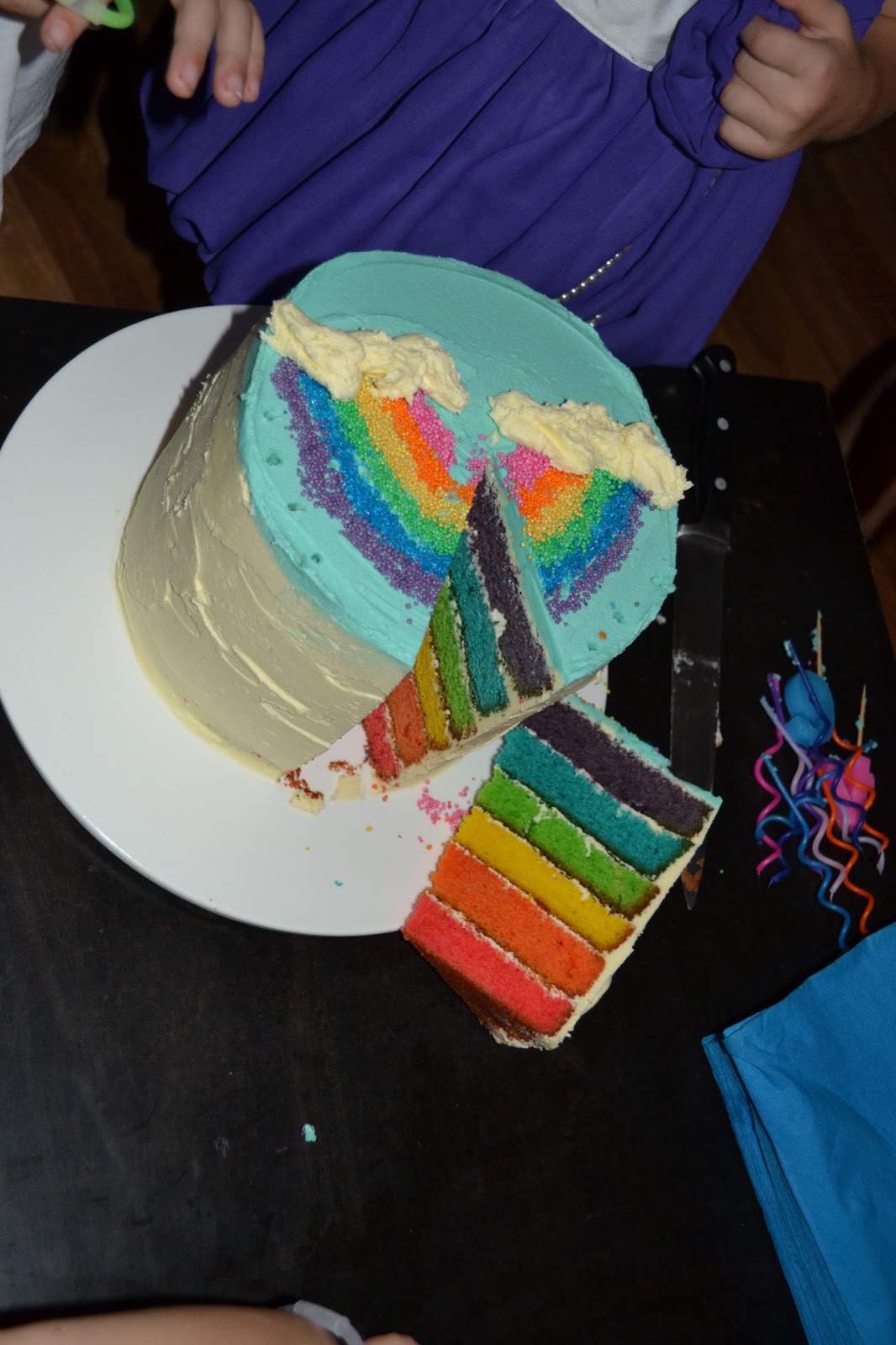 Lastly, here are some pics from today.
Ailah, Dylan and Isaac. 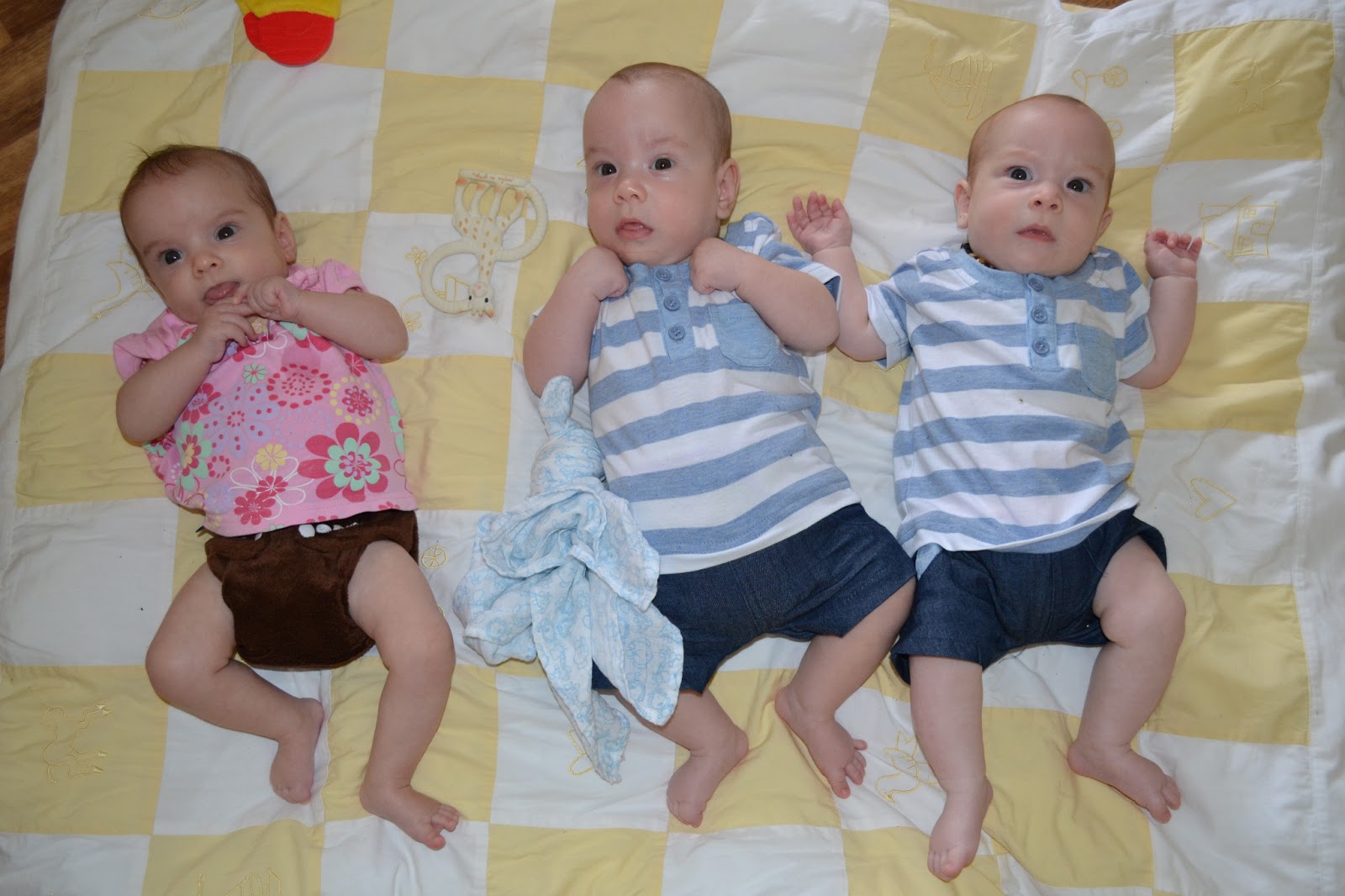 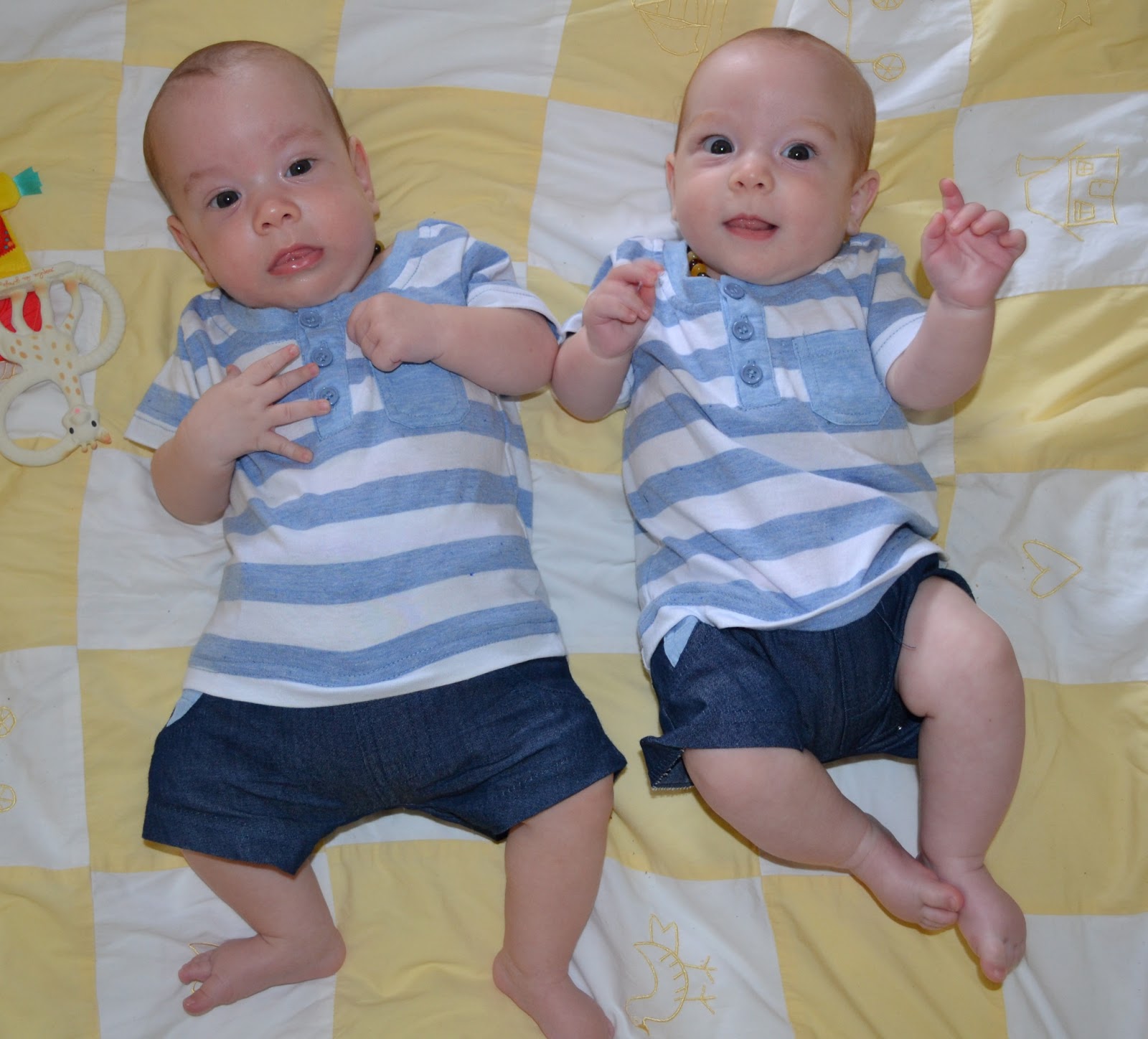 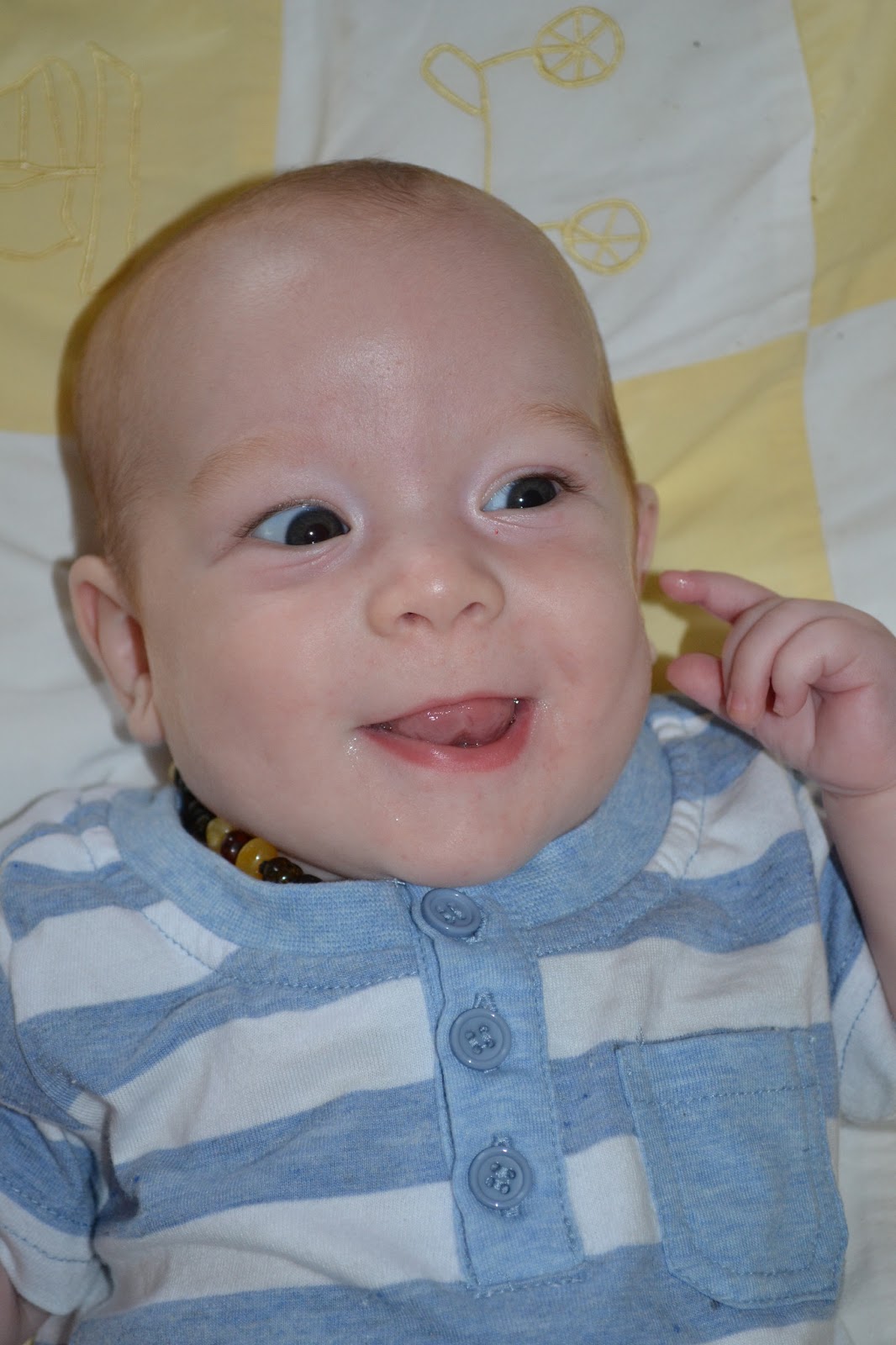 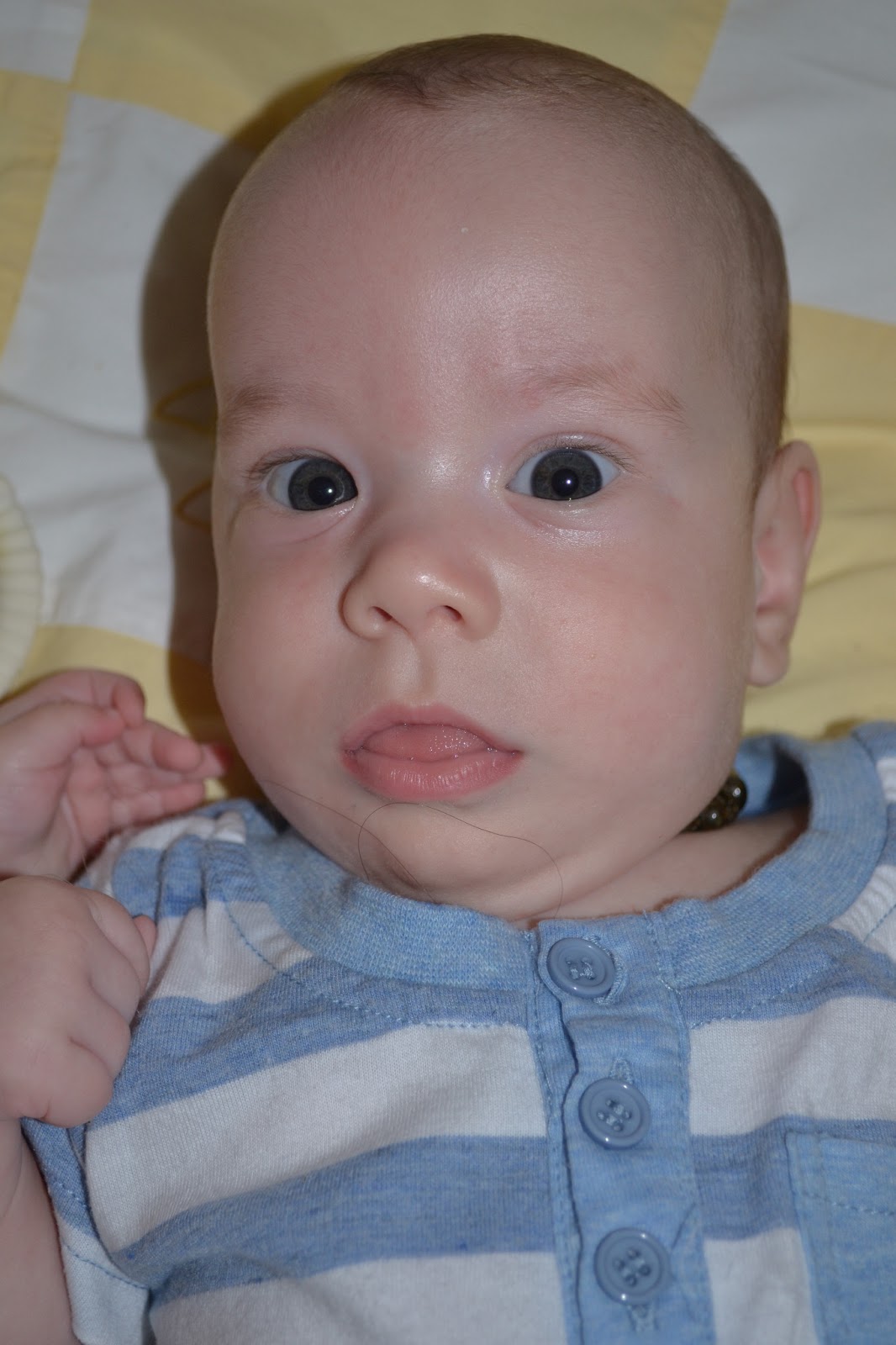 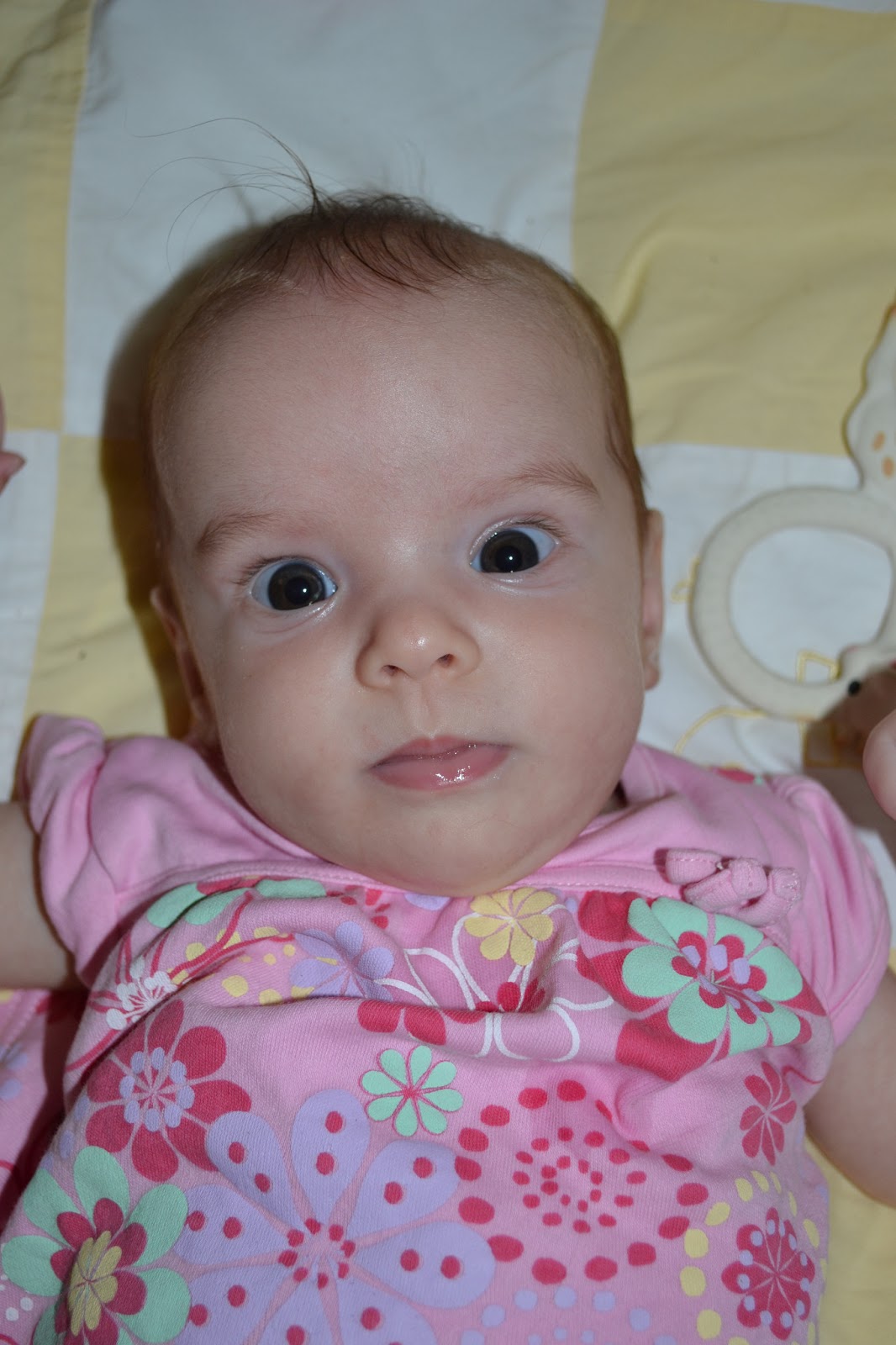 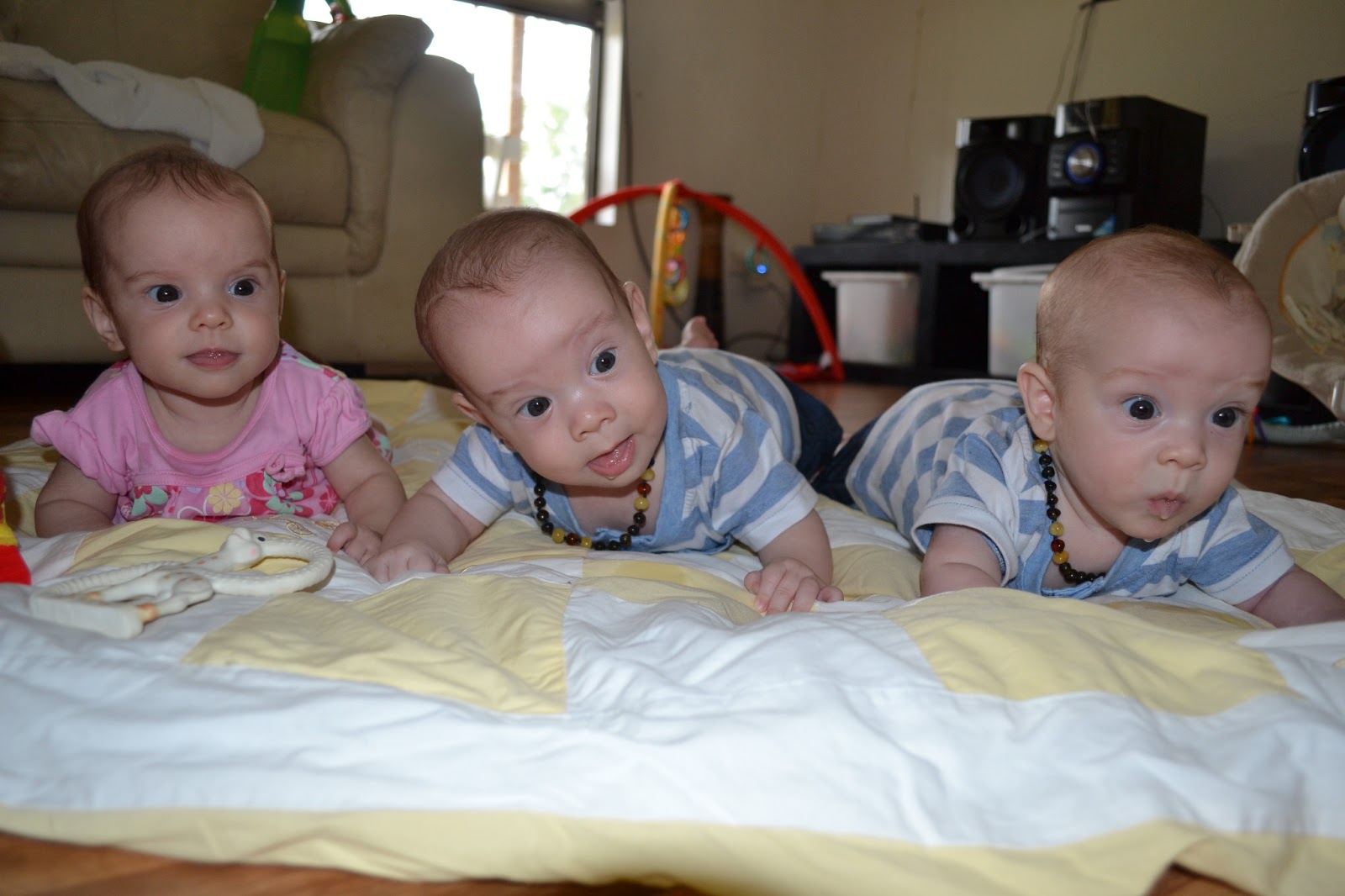 PS: A shout out to the wonderful Heidi from Selkie Designs where I get my Amber teething necklaces from. She has so many colours and designs to choose from. Tell her I sent you!